Merrill Malkerson, 83, died peacefully after being cared for by his daughter, Melissa Bandong Malkerson Bowman and his son-in-law, Michael David Bowman at their... 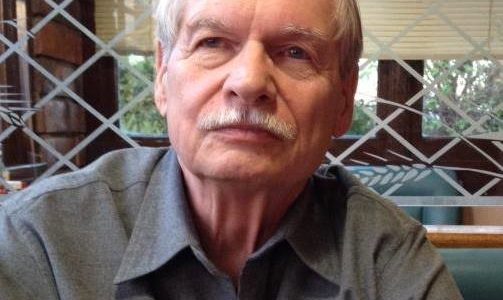 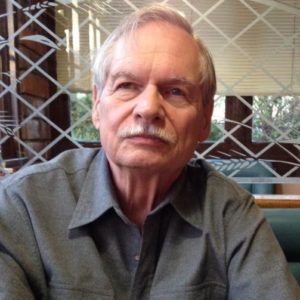 Merrill Malkerson, 83, died peacefully after being cared for by his daughter, Melissa Bandong Malkerson Bowman and his son-in-law, Michael David Bowman at their home in Vallejo, California on the evening of June 27th, 2020. Graveside services will be held on Tuesday, July 7, 2020, at 2:00 p.m. at LaBolt Cemetery. All friends and relatives are invited to attend the service. Social distancing and the use of face masks is recommended. The service will be live streamed and recorded and will be viewable on this website.

Merrill was the only child of Philip Nathanial Malkerson and Helen Van Antwerp Malkerson. He was born in Minneapolis, Minnesota on May 2, 1937.

His childhood was an odyssey of traveling to different places across the mid-west from Minnesota to Colorado and finally California as his father sought regular work in the still-recovering American economy. These were times reeling from the Great Depression and World War Two where jobs were scarce and rationing a reality.

The family eventually settled in sunny Oakland, California with a cozy house on a hill in the neighborhood of Maxwell Park. Merrill went to Oakland High School and there met lifelong friend David Carradine. Together they cavorted in plays at Oakland High and later San Francisco State, where Merrill was to meet his first wife Maria Paz Bandong.

Merrill was smitten with Maria the first time he heard her voice over the theater sound system. He followed the exotic Filipina to her home country, eventually winning her hand and bringing her back to live in San Francisco. However, this was not before he was drafted into the US military. Merrill had to report to Guam from the Philippines. He was offered the opportunity to go to officer’s training but eschewed it, eventually becoming a driver, notably for General Mark Clark.

Merrill and Maria were politically active in the 1960s, especially with the Robert Kennedy presidential campaign. Merrill made it possible for much of Maria’s family to emigrate from the Philippines and become citizens of the United States. Unfortunately, Maria perished in the early 1970s, and Merrill was left to raise their daughter and son as a single parent. He moved to Studio City in Southern California to pursue his dream of acting and tread the boards in theatre there.

It was after his children had left home and while teaching at Birmingham that Merrill met his second wife, Kathy Schultz. The couple enjoyed the southern California lifestyle together with trips to Catalina, performances at the Hollywood Bowl and the Dorothy Chandler Pavilion, and beautiful sunsets from the view of their lovely townhouse in Mission Hills. Unfortunately, Kathy developed a debilitating illness. Merrill cared for Kathy at their home until her eventual passing.

After Kathy had gone, Merrill became involved in work at The Episcopal Church of St. Andrew & St. Charles in Granada Hills teaching Sunday school and volunteering to feed the homeless. He was exceptionally well-read in a number of religious traditions from Roman Catholicism to Zen Buddhism.

In retirement, he continued with his lifelong musical pursuits of guitar playing and songwriting. On the literary front, Merrill crafted many short stories and poems, which were accepted by various periodicals. An illustrated collection of his poetry was published by Muntjac Press titled The Moss Rick.

Merrill also became passionate about horse riding, enjoying his jaunts in the saddle along the hills surrounding the San Fernando Valley.

The memorial service will be held at a later time at St. Andrew & St. Charles Episcopal Church in Granada Hills, California.