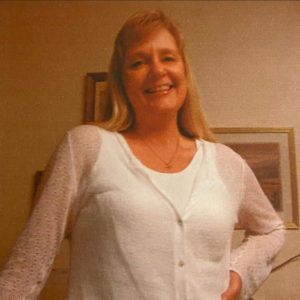 Sandra Meyers was born on October 25, 1958, in Milbank, SD. She was the daughter of Roger and June (Schultz) Rohlfs. She grew up in Corona, SD, and graduated from Corona High School. After graduation, she attended cosmetology school. She then moved to Huron, SD, where she worked for Center of Independence and cut hair on the side. She married Burt Porter and was blessed with a daughter, Emily. She later married Terry Meyers, and was blessed with her daughter, Kim.

Sandra worked as Activity Director at a local nursing home for several years until it closed. She thrived on helping people and was known to fulfill nearly any request for anybody. She had a strong work ethic and would usually work two jobs. She instilled that same work ethic in her daughters.

In her free time, Sandra enjoyed gardening and caring for her plants, especially orchids and succulents. She loved crafting and painting, whether it was painting houses, painting crafts, or repurposing junk items into art. She was always ready to have a good laugh, especially with her daughters. She had an awesome playroom where she loved to entertain her grandchildren. Sandra will be remembered as a happy, energetic person who was always a joy to be around.

She was preceded in death by an infant daughter, Theresa Meyers.