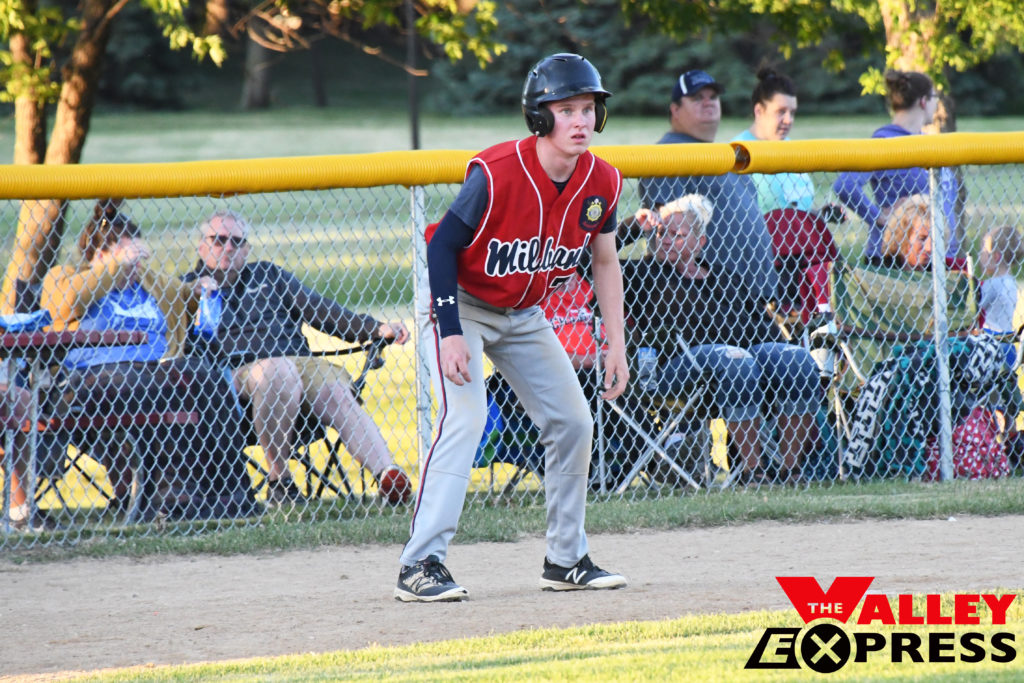 Milbank – 10 vs. Sargent County – 0
Kaden Krause was brilliant on the pitcher’s mound as he threw a no-hitter to lead Milbank to a 10-0 victory over Sargent County in the second game of the double header. Krause allowed zero hits and zero runs in four innings. He struck out nine batters.

Milbank – 14 vs. Sargent County – 4
Milbank shut down Sargent County early with a final score of 14-4 in the first game of the contest. The Teeners took an early lead at 2-1 in the first inning with the help of a single by Osborn. Sargent County then took the lead at 4-2 after two innings of play, but Milbank came storming back to score 11 runs in the third.

Milbank scored its 14 runs on 12 hits. Schulte, Ash, and Hoeke each had two hits. Osborn got the start on the mound for Milbank. He surrendered four runs on three hits over three innings and struck out four. Swenson came in on relief and allowed one hit and one walk. He struck out two batters.