sports-featured1341
The Milbank VFW 16U Teeners split games with the the Aberdeen Smittys Junior Legion team in double-header baseball on Tuesday, July 7, in Milbank.... 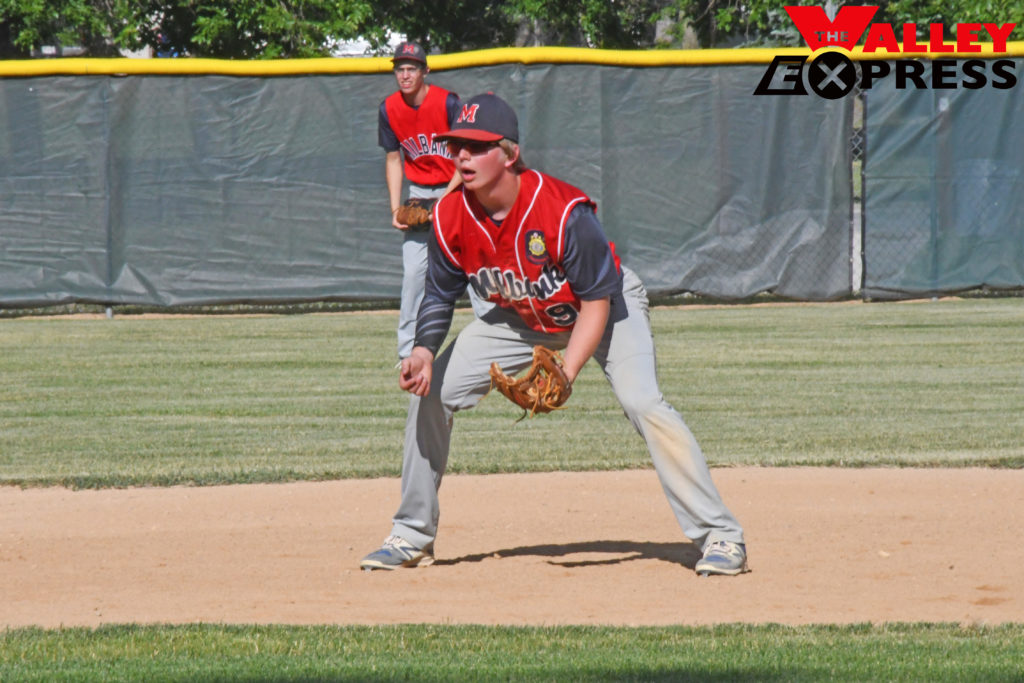 The Milbank VFW 16U Teeners split games with the the Aberdeen Smittys Junior Legion team in double-header baseball on Tuesday, July 7, in Milbank. Milbank got a 9-7 victory under their belt in the opening game, but succumbed 8-3 in the nightcap.

Milbank Teeners – 9 vs. Aberdeen – 7
Both teams supplied a lot of action in the first game of the night, but the Milbank Teeners downed Aberdeen 9-7. It took four innings for Milbank to get on the scoreboard, but when they did, they poured in six runs. Milbank scored on a stolen base during Sage Locke’s at-bat. Locke then doubled. Kaden Krause singled on a 2-1 count to score one run. The Teeners scored again on a stolen base, and Merik Junker singled to drive in one run. The Teeners added two more runs in the fifth and one in the sixth. They held on for the win.

Justus Osborn was credited with the victory for Milbank. He lasted five and two-thirds innings and allowed 12 hits and six runs. He struck out four. Krause and Kellen Hoeke came out of the bullpen to close out the game in relief. Krause recorded the last three outs to earn the save.

Milbank Teeners – 3 vs. Aberdeen – 8
A big third inning for Aberdeen led to the demise of the Milbank Teeners in the second game. Milbank beat Aberdeen to the scoreboard with one run in the first. Hoeke drove in the run on a single. But, Aberdeen jumped ahead with seven runs in the third and never looked back. Milbank plated two more runs in the third, but remained scoreless for the rest of the game.

The Teeners plated three runs on five hits. Hoeke, Krause, Locke, Karson Weber, and Ryan O’Neill collected one hit each. Ash started on the hill for two and a third innings. He allowed seven runs on seven hits and struck out one batter. Hoeke threw two and two-thirds innings out of the bullpen. He gave up one run on three hits and struck out one.