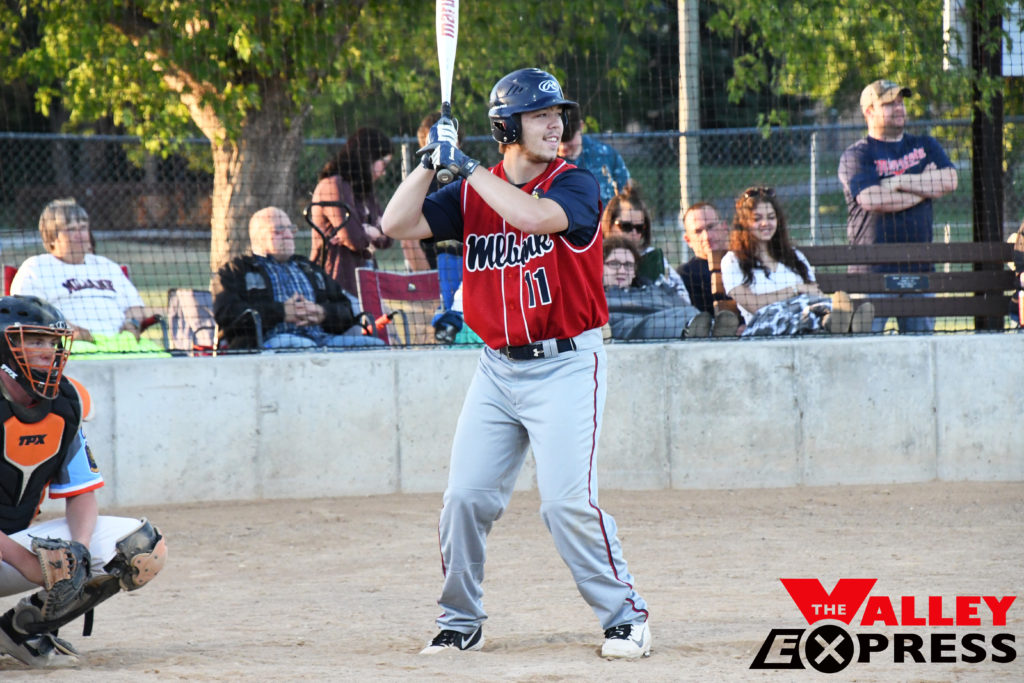 Milbank Legion Post 9 split games in double-header baseball action on Monday, July 6, at the Milbank Baseball Field at Pribyl Park. The locals won 10-6 in the first game and lost 6-5 in the second.

The game was tied again at 6-6 in the bottom of the sixth, when Milbank’s Mike Karges singled on a 1-2 count to score one run. Post 9 went on to score four runs in the inning and held on for the victory.

Brodie Holtquist started the game for Post 9. In five and two-thirds innings, he allowed six runs on six hits and struck out 10 batters. Huber earned the win for Milbank. He surrendered zero runs on two hits
in one and one-third innings. He struck out three and walked one.

Milbank Post 9 – 5 vs. Castlewood-Clear Lake – 6
Despite a four-run deficit in the fifth inning, Post 9 chipped away at the score to get back in the game. Time ran out, however, and Milbank ended the game one run short.

Milbank led 2-1 after the first four innings, but Castlewood-Clear Lake hit a triple in the fifth inning which helped score five runs. Post 9 added one run to their total on a fielder’s choice in the fifth. This put Castlewood-Clear Lake ahead at 6-3 at the end of the inning. In the bottom of the seventh, Post 9 came roaring back with two more runs, but it was not enough to hijack the game.

Milbank scored its five runs on three hits. Dietmeier, Kellen Hoeke, and Holtquist each tacked up one hit. Dietmeier was on the hill for Milbank. He lasted four and a third innings. He allowed five hits and five runs and struck out three. Kaden Krause threw two and two-thirds innings out of the bullpen. He gave up one run on two hits and struck out seven batters. He allowed two walks.