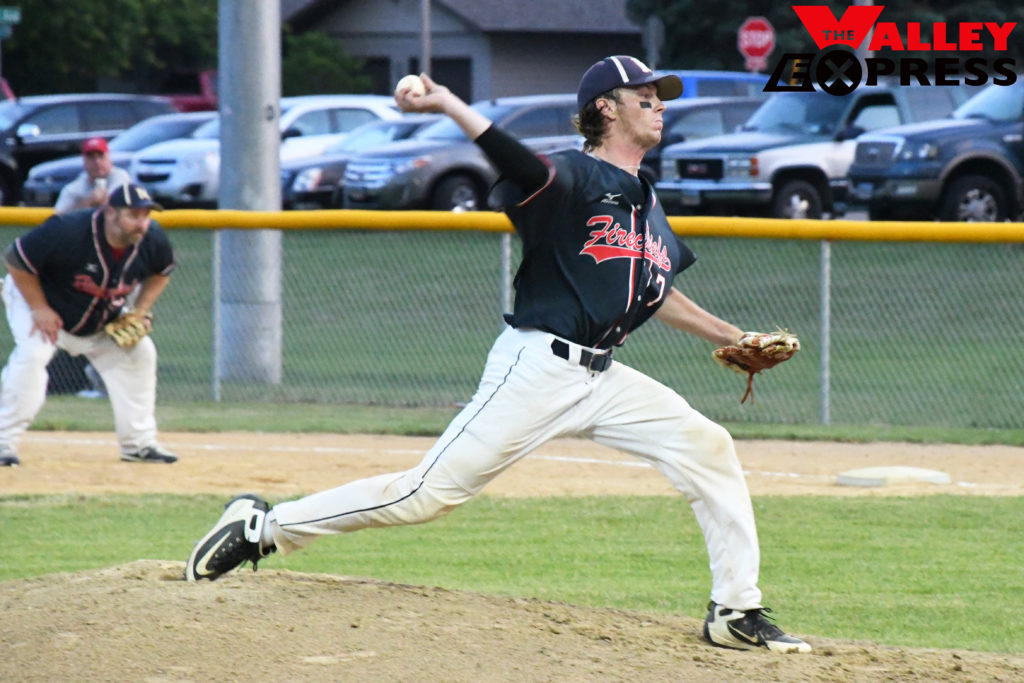 The Milbank Firechiefs defeated the Castlewood Monarchs 4-2 on Wednesday, July 8, at the Milbank Baseball Field at Pribyl Park. The win preserved Milbank’s unbeaten record, which now sits at 7-0.

Milbank got things moving in the first inning, when Tristan Hall doubled on the opening pitch to score one run. Next up to bat, Dom Boerger grounded out, but allowed Bryan Appl to score to give the Chiefs an early 2-0 lead.

Milbank maintained their 2-0 lead until the eighth inning, when Hall and D. Boerger each hit a single, and Travis Lester walked to load up the bases. Taylor Boerger drew a walk to score Hall, and Brady Krause bunted in a fielder’s choice to also score D. Boerger. Milbank widened the gap to 4-0.

Castlewood kept things interesting by attempting a comeback in the final inning. They managed to plate two runs, but could not get any closer. Milbank held on for the 4-2 win.

B. Krause took the win for the Firechiefs. He lasted seven and a third innings. He allowed six hits and zero runs and struck out nine batters. T. Boerger threw one and two-thirds innings in relief. He recorded the last five outs to earn the save.