sports-featured1411
The Milbank 14U Junior Teeners hosted the South Dakota VFW 14U Class A Region 2 Baseball Tournament. Milbank lost 11-1 to Madison White in... 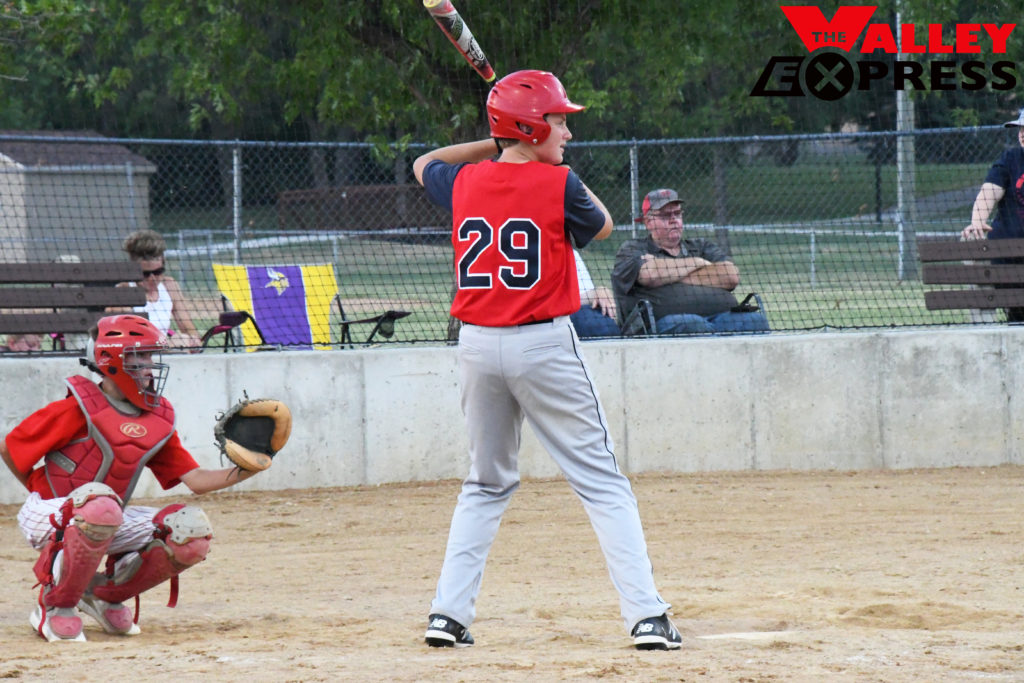 The Milbank 14U Junior Teeners hosted the South Dakota VFW 14U Class A Region 2 Baseball Tournament. Milbank lost 11-1 to Madison White in their opening game of the tournament and 11-0 to Warner-Ipswich-Northwestern (W.I.N.) in the consolation bracket.

Milbank – 1 vs. Madison White – 11
Milbank opened the region tournament with an 11-1 loss to Madison White on Tuesday, July 7, at the Milbank Baseball Field at Pribyl Park. Madison jumped out to an early 4-0 lead after two innings of play and knocked out five runs in the fourth to put the game away.

Milbank’s lone run came in the third inning. Khayri Bergman was hit by a pitch to send him to first base. Josh Pederson followed that up with a single. Both Bergman and Pederson stole a base, and Joe Schulte singled to score Bergman.

Milbank scored its one run on five hits. Jayce Jonason led the team with two. Pederson, Schulte, and Emmett Hanson each contributed one.

Milbank – 0 vs. W.I.N. – 11
Hot pitching resulted in a shutout by Warner-Ipswich-Northwestern (W.I.N.) 11-0 in the consolation side of the tournament on Wednesday, July 8. The Milbank Junior Teeners trailed 3-0 after the first two innings, when WIN soared ahead at 7-0 in the third. They shut out the game with one run in the fourth and three in the fifth. Bergman put up Milbank’s one hit. Tough pitching by the opponent resulted in 13 strikeouts for Milbank.