sports-featured1397
The Milbank 16U VFW Teener baseball team nearly finished the game before it started. They belted out 17 runs in the opening inning against... 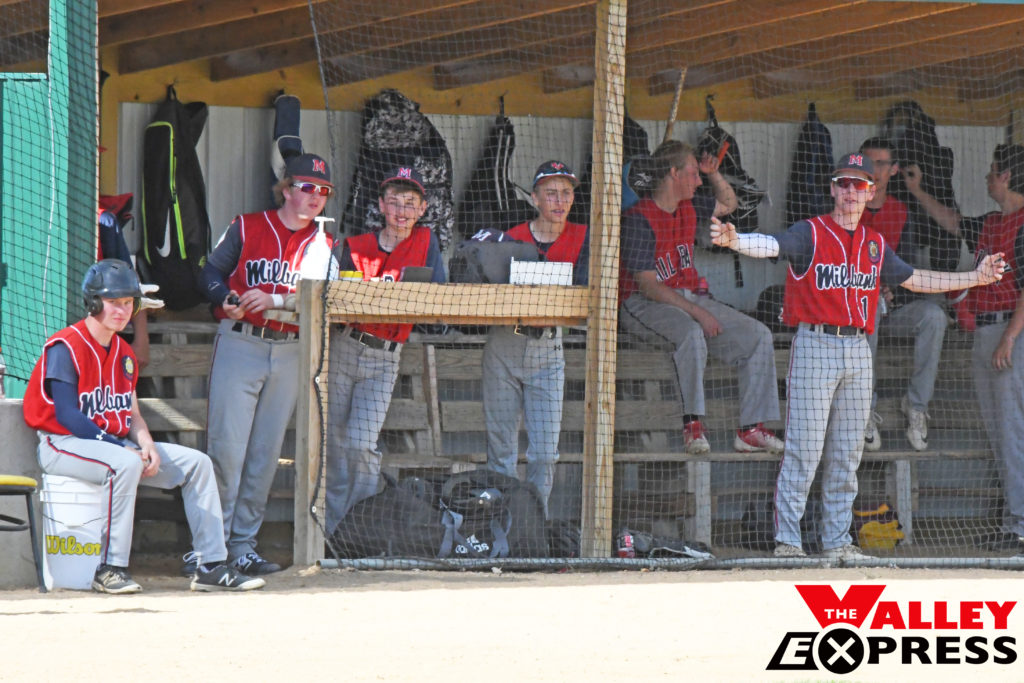 The Milbank 16U VFW Teener baseball team nearly finished the game before it started. They belted out 17 runs in the opening inning against Webster on Friday, July 10. Milbank only added one more run to their score in the second, but it was more than enough to post an 18-7 win.

Merik Junker, Cole Swenson, Steve Ash, and Isaac Schulte all hit singles in the opening inning. The remainder of the runs were scored by walks, hit by pitches, and two fielder’s choices. Junker led the team with two of the five hits.

Ash started on the mound for Milbank. He went one and one-third innings and allowed four runs on one hit. He struck out three batters. Schulte came in to finish the game, and he also sat down three hitters.

On Thursday, July 9, Milbank suffered a 10-5 loss to Groton. Groton got out to an early start and led 7-1 after three innings of play. Aiden Rabe doubled in the third and eventually found home after a balk by the Groton pitcher.

The Teeners plated two runs in the fourth and one in the fifth, but remained behind at 8-4 heading into the last two innings. Groton scored a lone run in each of the sixth and seventh innings, and Milbank added just one run in the seventh to end the game.

Karson Weber led Milbank with two hits in three at-bats. Cole Swenson, Isaac Schulte and Rabe each had one hit for a five-hit total for the Teeners.

Mike Karges was on the pitcher’s mound for Milbank. He lasted three and two-thirds innings and allowed seven hits and eight runs. He struck out eight. Schulte came out of the bullpen to throw three and a third innings. He gave up three hits, two runs, and three walks and struck out three batters.

The Teeners also played Redfield on Saturday, July 12, but the results have not been available. Milbank now holds a 7-4 season record.

Complete box scores for the Webster and Groton games: