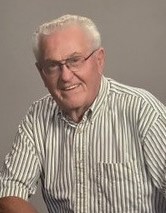 Gene Lauritz Johnsen, age 80 of Milbank, passed away on July 20, 2020, at his residence. Services are pending.

Gene Lauritz Johnsen was born on October 15, 1939, in Browns Valley, MN. He was the son of Lauritz and Phyllis (Howell) Johnsen. Gene grew up on the family farm near Corona, SD. In high school, Gene participated in track, FFA, and was in the class play. He graduated from Wilmot High School with the Class of 1957.

Gene served in the United States Marine Corps from 1958 until 1962. He was united in marriage with Mary Ann Johnson in 1960. Following his honorable discharge, Gene and Mary moved to Huron, SD. Gene worked for a television sales store until 1965. They moved to Milbank, SD, in July of 1965, and Gene opened an electronics business, Gene’s Radio and TV. The business was later renamed Milbank Communications, an authorized Motorola Two-Way Radio Sales and Service Center. Gene operated the business until he sold it in 2007.

Gene married Karen Marie (Tesch) Johnson on July 15, 1986. Gene and Karen loved to fish, camp, travel, and ride ATV’s. They were regulars at the local fishing holes and strong competitors in the tournaments. They competed in the Master Walleye Circuit from 1989 – 2001, placing in 1997 and 2001. They found great pleasure in remodeling and expanding their home in Lakeview addition. After Gene’s retirement, they enjoyed a three-month trip to Alaska and a month-long trip through New England and Prince Edward Island, Canada. They began wintering in Apache Junction, AZ, in 2009. Karen passed away on April 6, 2015.

Gene was a faithful and dedicated 29-year member of Milbank Fire and Rescue. He served as Fire Chief from 1988 – 1995. He was a state certified fire instructor and attended numerous state and district fire schools and trainings. He was instrumental in upgrading equipment, building a new fire station in 1993, and developing Milbank Fire and Rescue Truck and Squad. He served the South Dakota State Fire Association as Director of the Northeast District from 1984 – 1993.

Gene was certified as an EMT (Emergency Medical Technician). He served several terms as Grant County Coroner. He was a member of the Whetstone Valley Sportsman and Conservation Club and taught Hunter Safety courses for 28 years, from 1976 – 2004. He was named Instructor of the Year for Region 4 Hunter Safety by the South Dakota Department of Game, Fish, and Parks in 1998.

Gene was honored as Volunteer of the Year from the Milbank Chamber of Commerce two years in a row, 1993 and 1994.

On August 1, 2019, Gene was united in marriage with Rosann Olga (Simpson) Lichtsinn. Gene and Rosann enjoyed riding their motorcycles (trikes) on both long and short trips. They enjoyed camping, geocaching, playing pool, and visiting family members. Most importantly, they treasured the time they were given together.

Gene will be remembered for his love for his family, his amazing work ethic, his civic leadership and volunteerism, his positive look on life, and his loyalty to his friends.

Honorary bearers will be Harvey Minor, past and present members of the Milbank Fire and Rescue Department, and South Dakota Northeast District Fire Association.