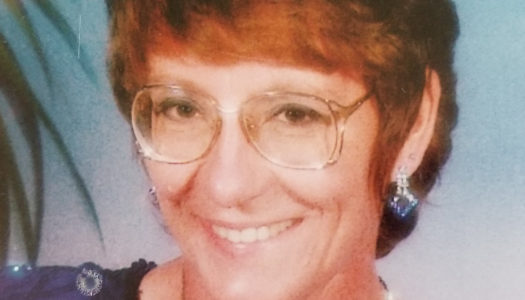 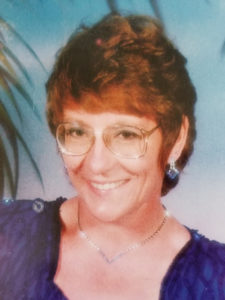 A Mass of Christian Burial will be held on Saturday, August 1, 2020, at 10:00 a.m. at St. Anthony’s Catholic Church in Browns Valley. Visitation will be one hour prior to the Mass at the church. Father Gregg Frankman will celebrate the Mass, and burial will be at Calvary Catholic Cemetery in Browns Valley. Urn bearer will be Shawn Ankeny. Following the graveside service, a luncheon will be held at the Browns Valley American Legion. Guests will be able to take their meal to go, if desired.

Linda Marie Schwagel was born on January 30, 1953, at the Browns Valley Community Hospital in Browns Valley, MN, to parents Arved “Dutch” and Doris (Klodt) Schwagel. Linda was baptized at St. Anthony’s Catholic Church on May 8, 1955. She attended school in Browns Valley, graduating in 1971. During her early school years, Linda was a member of Girl Scouts. Linda held various jobs during her school years which included working at Sam Brown’s Log Cabin, the Carnegie Library, and Traverse Café.

Linda also attended Alexandria Technical School for a sales associate degree, graduating in 1973. After tech school, Linda worked at several businesses in Aberdeen, SD. She eventually returned to Browns Valley and began working as an assistant to the City Clerk. Having grown up in a small community, Linda realized the need for people to help in many different ways. She became an EMT and worked with the Browns Valley Ambulance crew for over 25 years. She was very influential in her nephew’s EMT career. She eventually became the Browns Valley City Clerk and continued working for the city for approximately 30 years before ill health forced her retirement. Linda was a Princess House representative and loved to collect and share many beautiful pieces of crystal. She also was a bartender at several bars in Browns Valley and nearby communities. She was able to travel to many beautiful places because of her extra jobs. She visited many of the places that her father had been to during the war. She loved meeting new friends and sharing her many stories.

Linda loved music of all kinds and one could often find her at music fests and concerts with family and friends. Linda was also a member of the American Legion Auxiliary Wm. Krensing Unit #58 since 2002.

Linda is survived by her brother, Mark Schwagel of Sisseton, SD; sister, Carol (Rick) Ankeny of Hartford, SD; nephew, Shawn (Brooke) Ankeny of Sioux Falls, SD; niece, Miranda (Chris) Jacobs and their children, Jaiden, Liberty and Evelyn, all of Sioux Falls, SD; and many cousins and dear friends. She was preceded in death by her parents: Dutch and Doris Schwagel.

Linda’s family would like to thank the wonderful workers of the Browns Valley Community Health Center for the exceptional care she received while being a resident there.