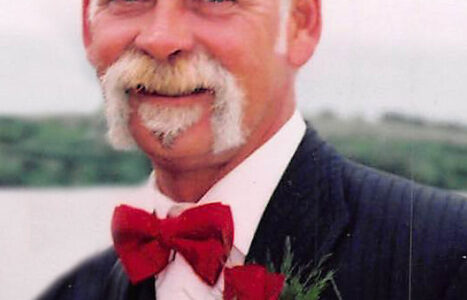 Mike Moldenhauer, age 66, of Wilmot, SD,  passed away on Wednesday, August 5, 2020, in Sioux Falls, SD, after a short battle with cancer.

A memorial service will be held on Monday, August 10, 2020, at 2:00 p.m. at Central United Methodist Church in Milbank. Visitation will be on Monday from 1:00-2:00 p.m. at the church in Milbank. Pastor Thom Bowsher and Pastor Kristy Liebe will officiate. Honorary bearers will be the Milbank Fire and Rescue Department.

While maintaining social distancing guidelines, we are now able to gather for services. The use of face masks by attendees is recommended.  For those who prefer or require continued precautions, webcasting and livestreaming will be available on this website.

Michael Moldenhauer was born on May 24, 1954, in Brookings, SD.  He was the son of Darwin and Eloise (Bohn) Moldenhauer.  Mike graduated from Milbank High School with the Class of 1972.  He bought the A&W Restaurant in Big Stone City, SD, with his buddy, Steve, which started his career in the restaurant business.  He owned and operated Michael’s Pizza Emporium in Madison, SD, and the Millstone Restaurant in Milbank, SD.  He sold the Millstone in 2000 and worked as the foreman for a brick crew for Grangaard Construction Company.  He later worked for L.G. Everist in Ortonville, MN.

From his first marriage, Mike had two sons: Jeremy and Joshua.  He gained a third son, Dustin Odegaard, when Mike married Jill Shroll on February 16, 1985.

Mike was an officer in the Elks Club in Madison, SD, for many years. While living in Milbank, Mike was an active member of Milbank Fire and Rescue Department. He enjoyed the bond shared by his fellow firemen.  Mike enjoyed hunting and fishing. He and Jill enjoyed the lake life on Big Stone Lake. Most importantly, Mike loved and cherished his family, especially his 13 grandchildren.