Henry Nelson, age 95, of Ortonville, MN, passed away on August 12, 2020. A graveside service for Henry will be held on Wednesday, August... 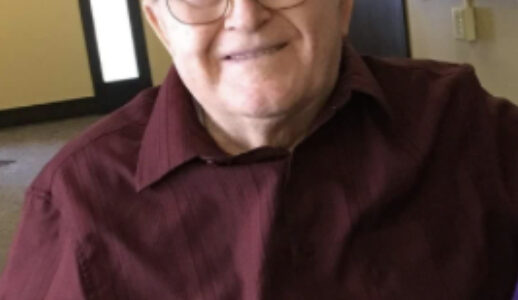 A graveside service for Henry will be held on Wednesday, August 19, 2020, at 11:00 a.m. at Eidskog Lutheran Cemetery in Otrey Township of Big Stone County, MN. Pastor Richard Larson will officiate the service.

While maintaining social distancing guidelines, we are now able to accommodate gatherings of up to 250 people. The use of face masks by attendees is recommended, and we will continue taking the necessary steps to keep our facility clean. For those who prefer or require continued precautions, webcasting and/or livestreaming is available in most situations. The family of Henry Nelson asks that everyone wear a mask as there will be immunocompromised individuals in attendance to pay their respects.

Henry Victor Nelson was born on December 18, 1924, at his parents’ home in Artichoke Township, Big Stone County, MN. His parents, Henry Nelson and Signe Erickson Nelson, were both immigrants from Sweden who met and married in Minnesota. Henry was baptized at Eidskog Lutheran Church as an infant by Reverend K. Knutson and confirmed at Eidskog in 1938 by Reverend J. P. Leland.

Henry attended Country School District #42 (Adelaide) in Artichoke Township from first grade to eighth grade. He attended high school in Ortonville, graduating in 1942. He was an excellent student, especially in mathematics. Henry was a life-long farmer starting at a young age on his parents’ farm in Artichoke Township. They farmed with horses when he was young; he and his brothers eventually persuaded their dad to switch from horsepower to tractor power. After graduating high school, Hank farmed with his dad raising grain and livestock including Brown Swiss dairy cattle, Hereford beef cattle, Colombian sheep, and Duroc hogs.

Henry enlisted in the National Guard in June of 1950 and was in the 151st Artillery Regiment. In January 1951, Henry reported for active duty for the United States Army at Camp Rucker in Alabama, where he trained to use 105 mm and 155 mm howitzers and the 30-30 semi-automatic carbine. During training, he was promoted to corporal and received a sharpshooting medal. After training, he was shipped off to Korea aboard the U.S.S. Collins with the 159th Battery Battalion. His unit was stationed in the central part of the Korean peninsula and Henry manned the howitzers. He participated in the Battle of Old Baldy and his unit helped guard the peace talks at Panmunjom.

After his service in the Korean Conflict, Hank married Suzanne Dawson at the Little Brown Church in Iowa. The couple moved to their new farm in Otrey Township of Big Stone County, MN, in 1957, where they raised their children along with Holstein dairy cattle, sheep, hogs, and grain. Henry was a strong conservationist and was named Conservation Farmer of the Year in 1975. He was a long-time member of the National Farmers Organization and Minnesota Farmers Union. He was also a member of the American Legion and the Veterans of Foreign Wars of the US and served on the Selective Service Board. In addition, Henry served on various boards at Eidskog Lutheran Church and was the church president in 1985, during its 100-year celebration. He was a founding member of Abiding Faith Lutheran Church in Ortonville. Henry supported the 4-H program for years, serving on boards and committees and helping kids with their projects.

After Henry and Suzie sold their dairy herd in the late 1980s, Henry continued his grain and beef farm operation with his son, Scott, then with his daughter, Melissa. He continued to farm until he was 84 years old, when he and Suzie moved into Ortonville. Henry remained interested in how the crops, gardens, and cattle were doing up until his final days.

Henry greatly loved his grandchildren and great-grandchildren and enjoyed his time spent with them. He also enjoyed visits with his children, siblings, and extended family. Hank liked travelling, planting trees, gardening, old time country and polka music, and had a soft spot in his heart for dogs. His Swedish heritage lead to a love of lutefisk, lefsa, pickled herring, and black coffee. His strong work ethic was a great example to his children, who he encouraged to further their education after high school. He was very proud of all his kids’ educational, personal, and professional achievements.

Henry was preceded in death by his wife, Suzanne; parents: Henry and Signe; sisters: Vera and Ada; and brothers: Robert and Eugene.