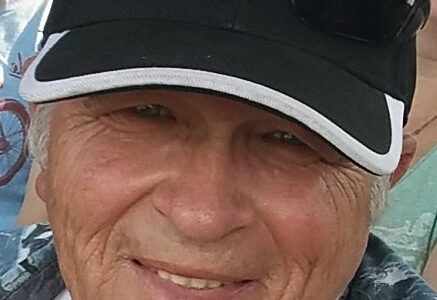 LeOnn Ethan Klug was born on October 9, 1953, in New London, WI, to Lawrence and Lois (Handschke) Klug. He grew up in the New London area, attended school, and worked on farms until he enlisted in the Navy for short time. Upon his return to the New London area, he was married for a short time. His daughter, Kelly, was born to that marriage. Just after his divorce, he moved to western Minnesota. He was later married to Carla, and had his son, Travis.

LeOnn was a hard worker and did construction most of his life. He owned his own construction company called “Lee’s Home Improvement” for several years operating out of Graceville, MN. LeOnn loved to go darkhouse spearing during winter months and boating if he could find time in the summer months. His smoked meats of all kinds were amazing and always a favorite among his friends and family. LeOnn could be found helping someone in the fields or in his gardens. He took great pride in his gardens; he strived to be the first one with tomatoes every year, even if it meant babysitting them with tea lights so they didn’t get damaged by late frost. He was also known for his famous sauerkraut.

He was preceded in death by his maternal and paternal grandparents; his parents; his daughter, Kelly Lynn; and sister-in-law, Barb.