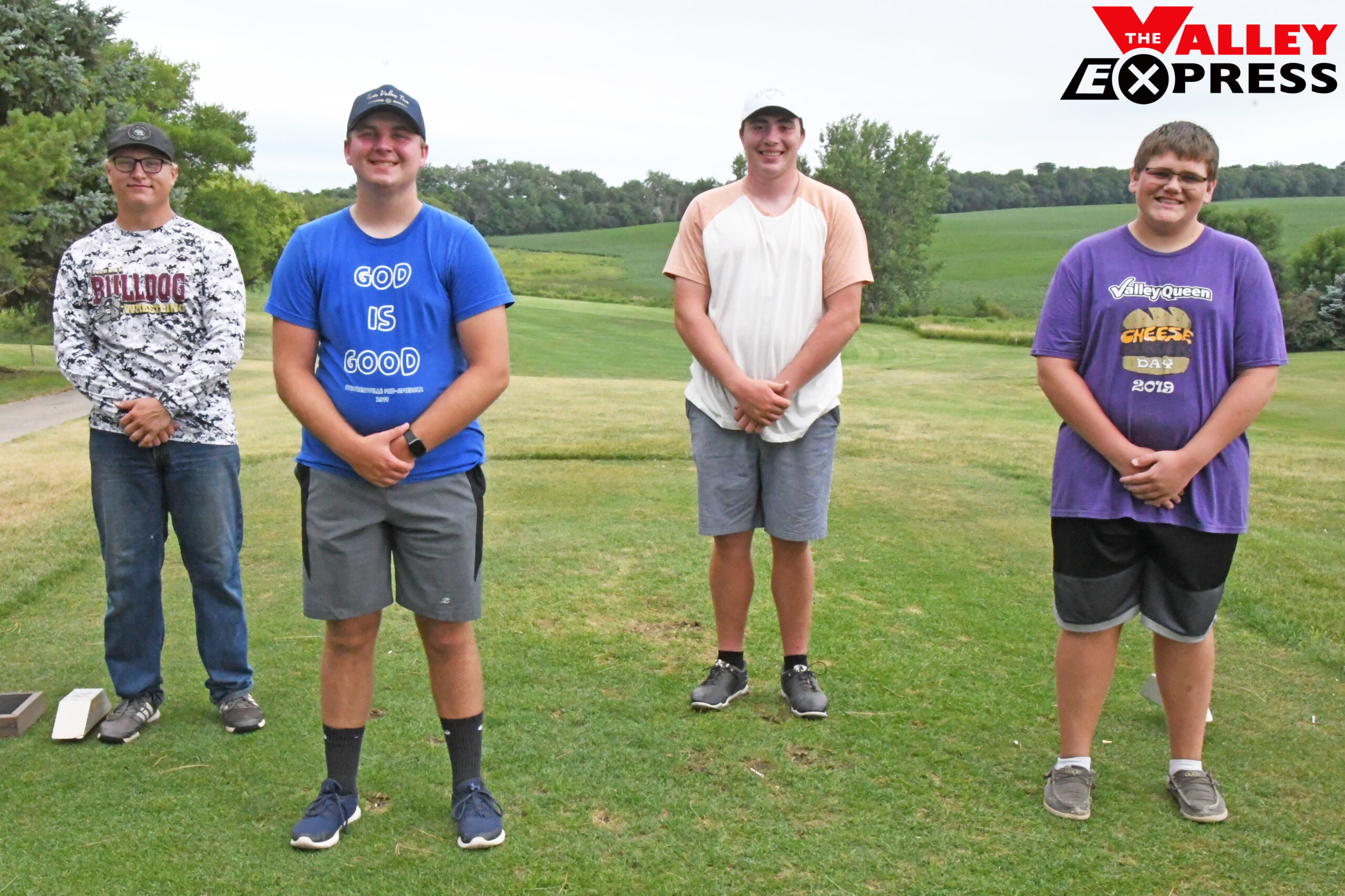 Four seniors —Jake Trevett, Logan Meyer, Eric Van Sambeek, and Christian Peery — lead the Milbank Bulldog boys’ golf team this season. “I expect them to be leaders on and off the golf course,” says Mark Keeton, who is in his seventh year as head coach. “On the course, I’m looking to see their games grow and mature from what they were a year ago, an I hope to see lower scores.”

Milbank started the season at the Sioux Valley Golf Invitational in Volga on Monday, August 17. The Bulldogs finished in fourth place in the team standings with a score of 379.

Milbank was back on the course on Tuesday, August 18, for back-to-back meets. The Bulldogs traveled to Madison for the 11-team invitational. Milbank finished the day against tough competition with a team score of 421. Lennox won the meet with a 326.

Coach Keeton’s 2020 Team Outlook:
Trevett, Meyer, and Van Sambeek are returning letter winners. “We have some open spots this year and everyone will get the chance to compete for those spots,” says Keeton.

“We will definitely have some new faces on varsity this year,” says Coach Keeton. “I expect us to improve every week, and I hope to be playing our best golf when the region tournament comes around.
Due to Covid-19, there will be no exchange of score cards at the meets this year. “We will have to follow the rules of the home course,” says Keeton. “That will include whether or not you can pull the pin and possibly no rakes in the bunkers. Most courses appear to be running as normal.”
According to Keeton, everyone is invited to attend the meets. “As golf is outside, fans are just asked to keep to the six-feet distance from the athletes. It’s definitely a blessing to be back at it. The boys and I are looking forward to a long, successful season.”