Roger J. Eilers, age 74, of Revillo, passed away on September 1, 2020, due to complications of heart surgery. A funeral service will be... 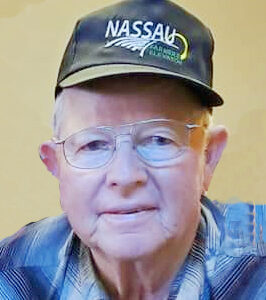 Roger J. Eilers, age 74, of Revillo, passed away on September 1, 2020, due to complications of heart surgery.

Roger John Eilers was born on August 8, 1946, to John and Louise Eilers in Watertown, SD. He was baptized at St. John’s Church in Marietta, MN. Roger attended country school through eighth grade and graduated from Revillo High School in 1964. After graduation, he enlisted in the United States National Guard. After he served his time in the National Guard, he returned home to continue farming and milking cows on the family farm, where he lived his entire life.

On November 22, 1968, Roger was united in marriage with Susan Cramer. Together, they had two children: Dondra and Donnie. In the late 1990’s he quit milking cows, and went to work at the LaBolt Elevator where he hauled feed. In September of 2001, Roger started working at Nassau Elevator/Sioux Valley Co-Op where he covered many acres spraying and fertilizing. He also delivered propane until he retired in July of 2019.

Roger enjoyed antique tractors and enjoyed participating in tractor drives and parades in Twin Brooks with his son, Donnie, and his grandchildren. He loved dancing to old time music, especially to the “Night Owls” from Sauk Centre, MN, and “The Larry Olsen Band” from Lake Benton, MN. Roger liked the Classic Country Music jamborees in South Shore and Revillo. Roger and his friend, Charlotte, started going to many dances all around Minnesota where they made many friends.

He was preceded in death by his parents: John and Louise Eilers; and brother-in-law, Melvin Kenyon.