Charles Meyer, age 83, of Milbank, SD, passed away at Avantara Milbank on September 1, 2020. Funeral services will be held on Tuesday, September... 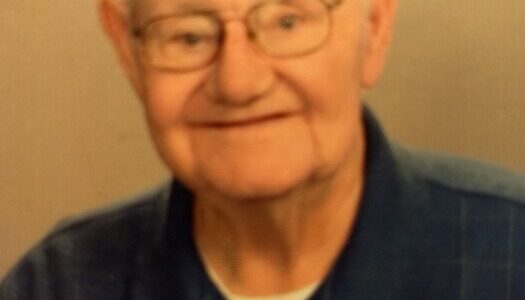 Charles Paul Meyer was born on December 10, 1936, in Richland County, ND, the third of 10 children to Albert and Jessie (Astrup) Meyer. He graduated from Fairmount High School in 1955. After high school, he attended North Dakota State School of Science and graduated in 1957.

On August 23, 1957, Charles was united in marriage with Anieta Gast at a small country church near Tyler, ND. Charles started working for Sturdevent’s Auto Parts in Wahpeton, ND, and worked in several locations between North Dakota and South Dakota.

Charles joined the United States National Guard during the Vietnam War but was fortunate enough to stay in the United States. His unit was deployed to Rapid City, SD, in 1972 when a devastating flood effected the Black Hills area. Charles was a member of the 740th Transportation Company with the National Guard for 23 years, with his last six years as a full-time technician/recruiting officer. In later years, he worked for the Milbank Post Office as a mail carrier and building maintenance until his retirement in 1999.

In his free time, Charles enjoyed hunting, golf, and playing cards. He also loved sports of every kind whether it was making the varsity team when he was in eighth grade or watching a football game on television. Most of all, Charles loved fishing. Taking Nita fishing was a favorite pastime he cherished the time they spent together.

Charles was a member of the VFW, participating in the Color Guard and was a member of the Last of the Fast Guns Club. He was very active with the pheasant restoration plan with the Last of the Fast Guns, going to different farms where the pheasants were raised and letting them back into their habitats in many locations throughout Grant County in SD.