Due to COVID, services will be held at a later date. On Saturday, September 5, 2020, Roger William Loeschke passed away in Sioux Falls,... 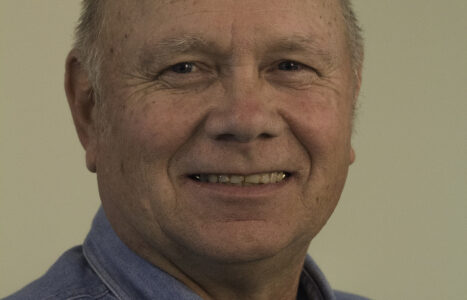 Due to COVID, services will be held at a later date.

On Saturday, September 5, 2020, Roger William Loeschke passed away in Sioux Falls, SD, at Avera Hospital at the age of 70 with his wife, Ann, son, Chad, and daughter, Kate, by his side.

Roger was born on May 19, 1950, in Ortonville, MN, to Harry and Lily (Nitz) Loeschke. He graduated from Milbank High School in 1968 and afterwards served in the South Dakota Army National Guard. Roger met his wife, Ann, during her senior year of high school, and they were married at American Lutheran Church in Milbank in 1972. From 1971 to 1997, Roger and Ann owned and farrowed hogs at their “Rocking L” farm in rural Milbank. After selling his hog operation, Roger continued to farm until his “retirement” in 2016-17. Although he was no longer “farming” his land, Roger still made sure the land was used by enrolling it into CRP and enjoying a harvest of honey from it. Roger and Ann raised two children: Chad (Heather Mickelson), and Kate (Luke Frederick). Roger was blessed with six grandchildren: Callie, Kara, Colton, Connor, Ryder, and Roxy, and he loved when they came to visit. He enjoyed reading stories with them from his recliner, lighting off fireworks in the driveway, or giving them endless rides on his four-wheeler, Ranger, semi-truck, or tractor. Roger LOVED the outdoors; hunting and fishing were among his favorite things to do. No matter the season, you could find Roger fishing on several area lakes or hunting for deer and pheasants. He even enjoyed a few bear hunts over the years, too. On Sunday mornings, you could usually find Roger enjoying family time and pancakes at his mother-in-law’s, Shirley Schultz, home. Family camping trips were another of Roger’s favorite things. Whether it was sitting around the campfire talking, geocaching, or pulling his grandchildren behind his boat on the innertube; he would laugh and smile every time they went flying off through the air. Last summer, Roger fulfilled a life-long dream of taking an Alaskan cruise with Ann. The highlights of his trip were the helicopter ride and landing on a glacier, ocean fishing, and just spending this time with Ann. His family will always remember his infectious smile and the twinkle in his eyes that came with it.