David Ohrtman, age 71, of Ortonville, MN, passed away at his home on September 9, 2020. A visitation for David’s friends and family will... 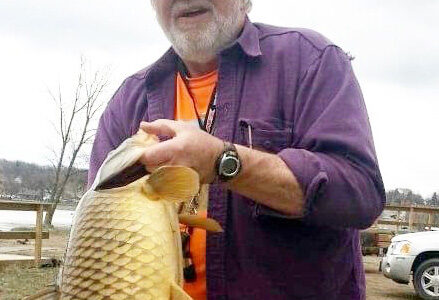 David was born in Laurens, Iowa, and grew up farming in the Nemaha and Pocahontas area.   He was the son of Harold Dean Ohrtman and Dorothy Laurie (Hase) Ohrtman. On January 10, 1976, David married Connie (Reese) Harmon in Peterson, Iowa, and they made a life in northwest Iowa. After his divorce from Connie, David moved to Ankeny, Iowa, where he worked for Gone Fishin’ magazine and ultimately re-married on November 3, 1987, to Angela (Poindexter) Baumann in Des Moines, Iowa. The newlyweds moved to Sitka, Alaska, where Dave was truly in his element, running his own business, Silver Bay Marine. Dave spent the best parts of his adult life employed in an occupation that allowed him to do one of the two things he was most passionate about – fishing and computers. He returned to the lower 48 in 1996 and made his forever home in the Ortonville community.  He spent many happy hours behind the counter at Artie’s Bait & Tackle. Anyone who came in got lessons in lures and life if Dave was working.