Mabel Ashmore, of Clinton, MN, passed away on September 9, 2020, at Fairway View Neighborhoods in Ortonville. A graveside service will be held on... 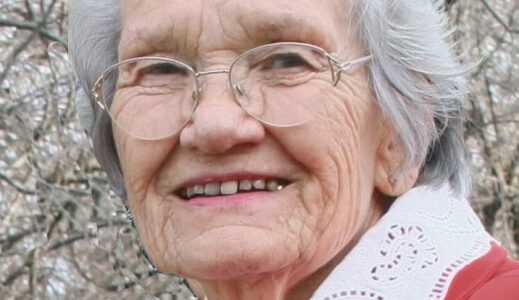 Mabel Ashmore, of Clinton, MN, passed away on September 9, 2020, at Fairway View Neighborhoods in Ortonville.

While maintaining social distancing guidelines, we are now able to accommodate gatherings of up to 250 people. The use of face masks by attendees is required, and we will continue taking the necessary steps to keep our facility clean.

Mabel Mae (Shuckhart) Ashmore was born at home, on May 21, 1927, in a little house on the northside of Graceville, MN. She was the sixth of seven children born to Charles and Margaret (Yeager) Shuckhart. Mabel attended school in Graceville and graduated from Graceville High School with the Class of 1945.

On January 15, 1946, Mabel was united in marriage with Robroy E. Ashmore in Collis, MN. The couple made their home on the Ashmore family farm, north of Johnson, MN, until 1956. Robroy and Mabel moved to San Pedro, CA, where Mabel attended Barber’s Training. Mabel worked alongside her husband in California for twelve years before they decided to move to Corpus Christi, TX.

In 1970, Mabel and Robroy moved to Graceville, MN, and lived there for 10 years until they decided to move to a retirement community in Hemet, CA. Mabel did some hairstyling work there for a few years until they had the opportunity to operate a hobby farm in Sheridan, IL, in 1987. Three years later, in 1990, Mabel and Robroy moved to Clinton, MN, and remained there until her passing.

Mabel enjoyed making ceramics, knitting, crocheting, quilting, and could often be found in her garden when the weather was nice. She crocheted many angels for her family and friends. Additionally, Mabel was a valued and devoted member of TOPS for over 15 years. Church was very important to Mabel, and she was a faithful helper in the kitchen during luncheons and potlucks. One of the highlights for her was helping to serve the “love suppers” at Abiding Faith Lutheran Church in Ortonville.