Marjorie Lindholm, age 89, of Ortonville, MN, passed away on Saturday, September 12, 2020, at Fairway View Neighborhoods in Ortonville. Funeral services will be... 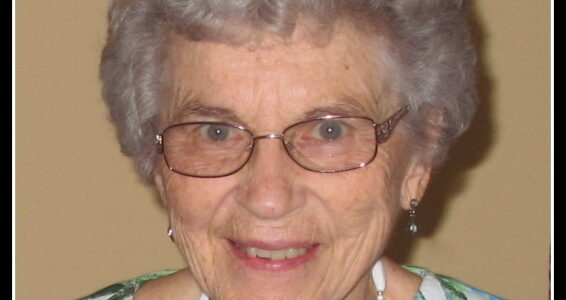 While maintaining social distancing guidelines, we are now able to accommodate gatherings of up to 250 people. The use of face masks by attendees is required, and we will continue taking the necessary steps to keep our facility clean. In most cases, livestreaming and recording of the service is available.

Marge (Peterson) Lindholm was born on July 14, 1931, and raised on a farm in Wessington, Springs, SD. However, after an extended drought, her family moved to a new farm near Upsala, MN, where she lived during her senior year of high school. After graduation, she earned a two-year teaching degree at St. Cloud State University, and found a job in Ortonville, MN, where she taught sixth grade for three years.

She met a local farmer while working in Ortonville, Stanley Lindholm, with whom she fell in love, and they were married on June 8, 1953. Shortly after the wedding, Stan was sent to serve in the army in Poitiers, France, separating the young couple for several months. Early the next summer, Marge flew to France to be with Stan for the remainder of his service. While in Poitiers, they took several trips throughout Europe, which planted within them a love of travel. Marge and Stan used their skills on many work missions in places such as Kenya, Peru, Honduras, and the Soviet Union. Vacation destinations included Alaska, Hawaii, Turkey, Greece, Scandinavia, Israel, Morocco, and China.

After Stan’s military service ended in 1955, they returned to the farm in Ortonville, where they raised three sons: Dan, Jim, and Roger. Believing that they had more love to share, they also parented foster sons: Jerry, Joey, and Orin, each of whom lived with the family several years. There were countless kids who stayed in their home for shorter periods of time. Marge shared an expansive love, which was always ready to bring in someone new. She understood that her own love was limited, but believed that God’s love passing through her had no limits.

The central focus of Marge’s life was her faith, a graceful faith that drew others to want the same. She listened well, and often changed course based on her experiences and conversations with others. Being a creative story teller, she became a region-wide speaker at Christian Women’s Club meetings. Within her stories, she wondered how everyday life experiences might be seen and responded to differently through the eyes of faith…so they resonated in the heart. She was also active in Lay Witness Missions, Friendship Bible Coffees, Living Room Dialogue, and several other study groups.

Marge loved to host small and large gatherings of family and friends at the cabin on Big Stone Lake. She valued personal connections and created the time and space to bring everyone together. Somehow, she managed to prepare the food while also being present to her guests. Her rice pudding was famous amongst family and friends.

Although her formal career lasted three years, Marge’s vocation of teaching was ongoing. What a benefit to have a teacher for a mother and grandmother! She helped her grandchildren create art projects, stories on the computer, pretend restaurants, marching bands, and fires for s’mores. There were rides on the paddle boat and root beer floats. She provided the place, presence, and means for them to learn, feel loved, and be delighted.

Loving photography, Marge created a black and white photo processing lab in her basement and passed her passion on to her boys. Later in life, she always had her camera available to capture special moments for her grandchildren. She took those same photos to create personalized picture cards for their birthdays and other special events.

Marge valued music and made sacrifices so that the boys could have lessons. She had talents in rosemaling and other forms of art, creating many projects for her family. She also enjoyed golfing, singing in the church choir, playing cards, church park picnics, and her annual waterski.

Marge used her leadership skills serving several years on the Ortonville School Board and the Minnwest Bank Board. She filled many roles at First United Methodist Church.

In her late 60s, Marge became affected by Alzheimer’s Disease, which slowly progressed over two decades. Although her memory waned within each moment, her playfulness, sense of humor, and gentle, loving nature remained constant. Her verbal and physical expressions of love continued until her very last days.

She was preceded in death by her parents: Hilmer and Olga (Fagerhaug) Peterson; husband, Stanley Lindholm; brother, Eugene Peterson; and son, Jim Lindholm.