Paul ” Mitchy” Hicks died on Sunday, September 13, 2020, at Avera McKennan hospital in Sioux Falls, SD, as the result of injuries from... 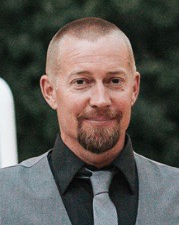 Paul ” Mitchy” Hicks died on Sunday, September 13, 2020, at Avera McKennan hospital in Sioux Falls, SD, as the result of injuries from a motorcycle accident.

While maintaining social distancing guidelines, we are now able to gather for visitations and services. The use of face masks by attendees is recommended. For those who prefer or require continued precautions, webcasting and/or livestreaming is available in most situations.

Paul “Mitchy” Richard Hicks made his grand entrance into the world on May 10, 1982. He was born in Ortonville, MN, to parents: John and Deb (Iverson) Hicks, and proud big brother, David.  Paul attended school in Milbank, SD, and graduated from Milbank High School in May of 2000. Upon graduation, he bid his kid brothers, Danny and Steve, farewell, and set off to “study” the auto body trade at NDSCS in Wahpeton, ND. However, in true Mitchy fashion, he always made a point to remind his boys he had actually graduated from the “school of life.”

Paul was the embodiment of the motto “work hard, play hard.” From years spent at Ron’s Shop working alongside his friends, heavy hauling nationwide (with his bike in tow), and finally coming back home to help with the family farming operation, his love of the open road and the characters he met along the way were a constant. Although he was a self-proclaimed man of few words, it was amazing what this man was able to accomplish in his lifetime. He dedicated so much of his time stopping to ask everyone about their day and genuinely caring about their answer.

While the tattooed farmer was infamous for his rugged good looks, remarkable laugh, and unparalleled wit, you didn’t need to know him long before realizing that the candy did not match the wrapper. His belief that women shouldn’t vote, drive, or leave the kitchen, just grazed the surface of his values. Although he had suffered the tragic loss of his mother, Deb, at such a young age, he remembered her every day, and believed that she was watching over him as he grew into the extraordinary man that we all knew and loved.

On August 20, 2009, Chaxton decided that he would share his mom, and Paul and Carey (Kampen) were united in marriage. To this union, three little Mitchys- Brander, Ramzey, and Hudson were born. On June 20, 2020, he married Dani (Hawley) and inherited three more mouths to feed- Hunter, Fischer, and Wylder. His boys were, and will continue to be, his greatest achievement and center of his world. Paul was never content with being a sideline “Disney” dad and never turned down an opportunity to coach football or baseball-no matter how busy he was. Mitchy, an avid outdoorsman, made it a point to raise the boys to get outside, do some fishing, or go shoot at something.

Paul’s compassion and commitment to watching over all those he knew was unrivaled and his watch has not yet ended.  The irony of it all, is that while he was the one “asking the questions”, he sure left all those hearts he touched behind with plenty of their own. Take comfort in knowing that Paul is now home with his mother, and he will continue to live through his family and the community he was so proud to call his own. In remembrance of Mitchy and to honor his legacy, take time to love your neighbor, ask them how their day was, and truly want to know the answer. Consider organ donation, and know that Paul will be with us through those lives he had saved. Most importantly, show up to the polls in November and vote—–for Trump 2020.

He was preceded in death by his mother, Debra; his grandparents: Paul C. and Alvina Hicks, and Les and Peg Iverson.