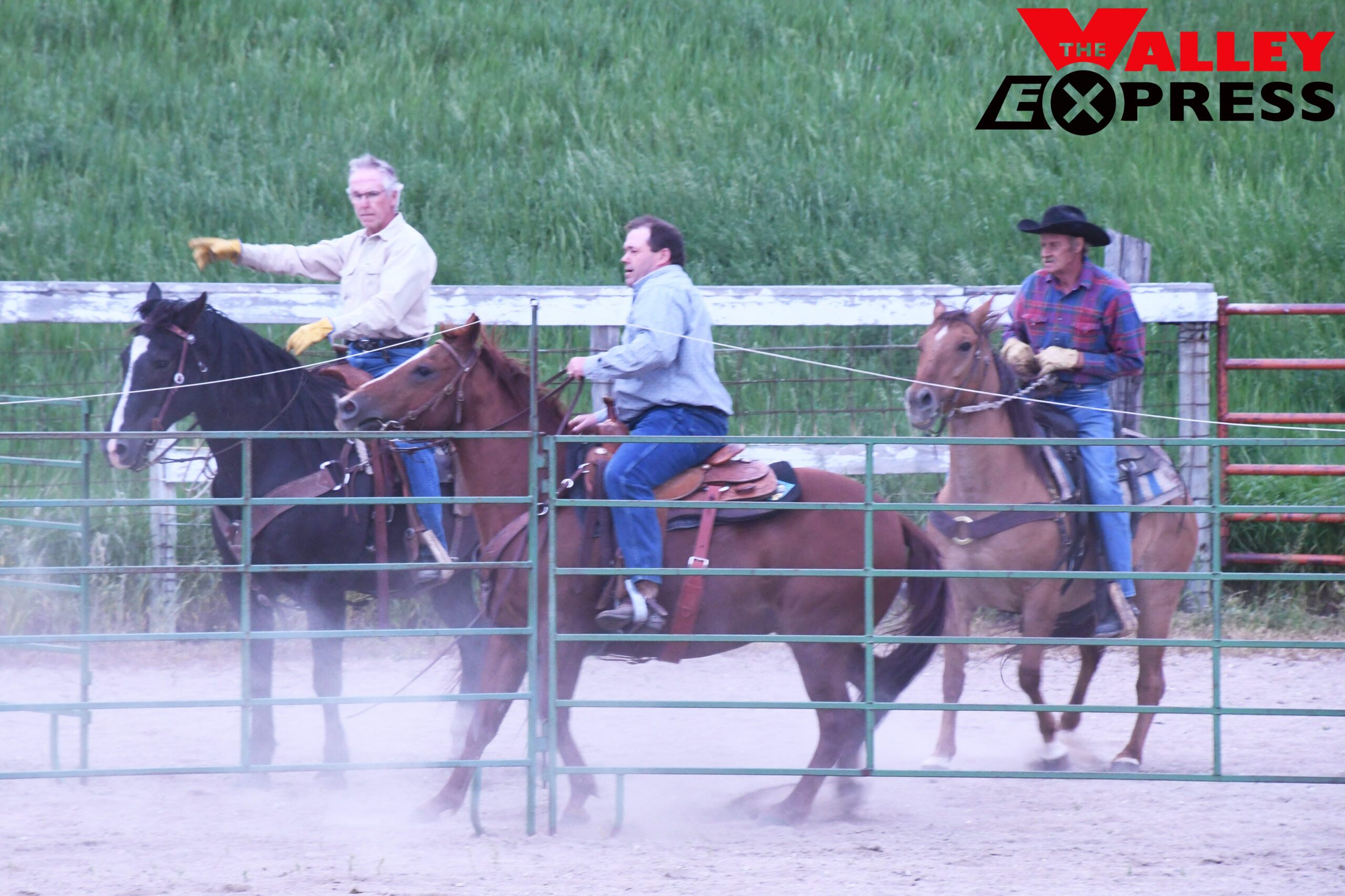 During the final night of competition on Saturday, September 12, the team of Brad Hanson, Teresa Mead, and Louie Minder defeated 23 other teams to take first place. They clocked in at 35.34. Blair Wittnebel, Scott Vandenburg, and Marsha Wieting earned second with a time of 38.18. Third place went to Randy Schuchard, Dave Harding, and Tom Graham.

The annual buckle run concluded the events. Each team had two chances to pen three cattle. Their two run times were  added together, and the top four teams competed in a third run. Their three run times were totaled for a final score. The team with the fastest time won the buckle. According to organizer Joanie Hills, “The teams were all within one second of each other.”

Don Pederson, Harold Fischer, and Teresa Mead got the win. The trio penned three cattle three times in a total of two minutes and 12 seconds.