Barry Pickner age 66, of Pierre died on Wednesday, September 30, 2020. He was the former principal at Grant-Deuel School. A funeral service is... 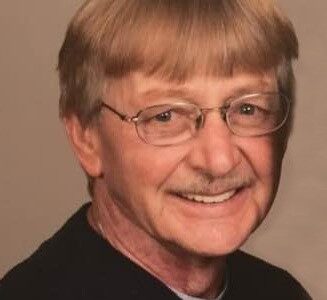 Barry Pickner age 66, of Pierre died on Wednesday, September 30, 2020. He was the former principal at Grant-Deuel School.

A funeral service is scheduled for Saturday, October 10 at 10 a.m. at St. Peter and Paul Catholic Church in Pierre. The service will be available to view online at https://www.isburgfuneralchapels.com/. No burial is scheduled.

Visitation is planned for Friday, October 9 from 5 to 7 p.m. followed by Rosary service at 7 p.m. at Isburg Funeral Home in Pierre.

There will be a special gathering this summer in Revillo so former teachers, students, parents and friends can share their memories with the family.

Barry Dale Pickner was born November 14, 1953 in Chamberlain, South Dakota and passed away on September 30, 2020 in Pierre, South Dakota.

Barry spent his early years playing sports and riding bulls while growing up in Murdo and Mission, South Dakota. Barry graduated from Todd County High School in 1972, South Dakota State University in 1976 and the University of Nebraska in 1982. His career as an educator spanned over 40 years and touched the lives of many students and athletes, each of whom held a special place in his heart. Barry was a teacher of life and not so much the curriculum.

A dedicated husband, father and grandfather, Barry married Gay Parks on June 2, 1979 in Valentine, Nebraska and together they raised two sons, Tyler and Kyle. During their more than 40-years together, Barry and Gay called many places home and cherished the many life-long friendships they made through their journey together.

Barry is survived by his wife of 41-years, Gay Pickner, son and daughter-in-law, Tyler and Megan Pickner; son, Kyle Pickner and his girlfriend Maggie Goddard and her son, Lucas Goddard; grandchildren Annabella Pickner, Lyla Pickner and Macy Pickner; two brothers, Gerry, and his wife Bonnie Pickner and Scott Pickner; brothers and sisters-in-law, Matt and JJ Harvey, Larry and Becky Parks and Bud and Shelly Parks; as well as his beloved nieces and nephews and many other family members and friends.

Barry was preceded in death by parents Marvin and Audrey Pickner and parents-in-law Jerry and Arlene Parks.