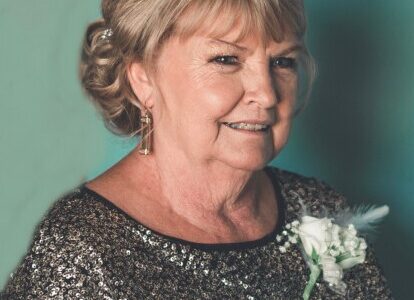 Visitation will be on Sunday, October 18, from 1:00 p.m. to 3:00 p.m. at Mundwiler Funeral Home – Moberg Chapel in Clinton. Inurnment will take place at Clinton City Cemetery at a later date.

While maintaining social distancing guidelines, we are now able to accommodate gatherings of up to 250 people. The use of face masks by attendees is required, and we will continue taking the necessary steps to keep our facility clean.

Marilyn Phyllis (Sparby) Stotesbery was born on October 28, 1949, in Graceville, MN, to Edwin and Esperance (Green) Sparby. She started school in Hibbing, MN, and, when the family moved to the Clinton area, began seventh grade in Clinton Middle School. She attended Clinton High School where she was a cheerleader and was voted Homecoming Queen.  After graduation in 1967, she attended Willmar Vo-Tech where she attained her degree in cosmetology.

On April 12, 1969, Marilyn was united in marriage with Dennis Stotesbery in Clinton, MN. After they were married, the couple made their home in Graceville while Marilyn worked as a hair stylist in Ortonville. They later moved to Chokio in the early 1970’s where they raised three children. Marilyn and Dennis moved to Yankeetown on Big Stone Lake in 1991 and in 2000, built their dream home “The Ranch”. The couple spent their winter months in Fortuna Foothills, Yuma, AZ, for 30 years. Marilyn worked as a self-employed beautician for 40 years, including her own shop in Chokio called “Shear Delight.” She also styled hair while she and Dennis spent time in Arizona. She and Dennis were mutually devoted to one another throughout their 51-year marriage.

Marilyn was a member of the Methodist Church in Clinton and Chokio. She enjoyed crafting, antique hunting, and having a well-deserved “ladies’ day”. Marilyn was known for her seasonal decorating and hated losing money in a competitive card game. She loved to read both romance and action/thriller novels. She loved a good game of bean bags and pontooning with her grandchildren on Big Stone Lake; affectionately describing the experience as a “floating day care.” Marilyn could be found enjoying a cold Coors Light and mowing the lawn at full speed on a hot summer day. She was an adventurous woman and loved to ride her four-wheeler. She enjoyed socializing with friends via her iPad and was notorious for winning at online poker and Words With Friends.  She maintained daily correspondence with her beloved niece, Christi. She loved joining with family to fry up homemade donuts using her Grandma Green’s recipe.

Marilyn was beloved by her family and friends.  She was our matriarch in the sense that we looked to her to schedule and plan many of the Stotesbery and Sparby family gatherings. She helped keep three generations of the family together.

Marilyn’s family express heartfelt thanks to Todd Gustafson for the gift of a beautiful handmade urn.