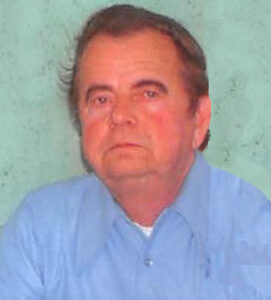 Funeral services will be held on Friday, October 23, at 7:00 p.m. at Mundwiler Funeral Home in Milbank. Sheri Boomsma (niece and God-daughter) will officiate.  Visitation will be held on Friday at the funeral home from 5:00 p.m. until the time of service at 7:00 p.m. Burial will be in the Lanford Cemetery, at a later date. Honorary bearers will be his grandchildren: Levi Holland, Marty King, Mitchel King, Sadie Holland-Schmieg, and Hunter Holland. Refreshments will be available at the Milbank Community Center from 5:00 p.m. until 10:00 p.m.

While maintaining social distancing guidelines, we are now able to gather for visitations and services. The use of face masks by attendees is recommended, and we will continue taking the necessary steps to keep our facility clean. For those who prefer or require continued precautions, webcasting and/or livestreaming will be available on this website.

Roger Allan Holland was born on May 31, 1942, at the family home in Amhurst, SD.  He was the son of Alvin and Emma (Flaftwagt) Holland.  Roger had four brothers and two sisters.  He grew up in Langford and attended school there through the eighth grade.  He enjoyed spending his summers with his uncles and aunts.  He worked with his brothers at the family bar.

Roger was united in marriage with Geneva Elsberry on June 27, 1965, in Claremont, SD.  Roger and Geneva were blessed with two children: Teresa and Mark.

The family moved to Milbank, SD in 2001.  Roger worked as the manager of the Milbank Landfill…and NEVER allowed anyone to refer to it as “the city dump!”  Roger took great pride in his job and loved to visit with everyone that stopped by.  He worked until his retirement in August of 2020.

Roger faithfully listened to his transistor radio daily.  He loved the music, news, and always listened to the high school sports.  He never missed a wrestling match that his grandson participated in, even if it was by listening to the radio.  He adored his grandchildren and enjoyed playing cards. He often said he “grew up playing cards.”  Roger kept his vehicles immaculately clean.  No one was allowed to eat or drink in his vehicles.