sports-featured1411
The Lady Bulldogs volleyball team found themselves in a position to win, but fell just short at  3-1 to Groton on October 15 at... 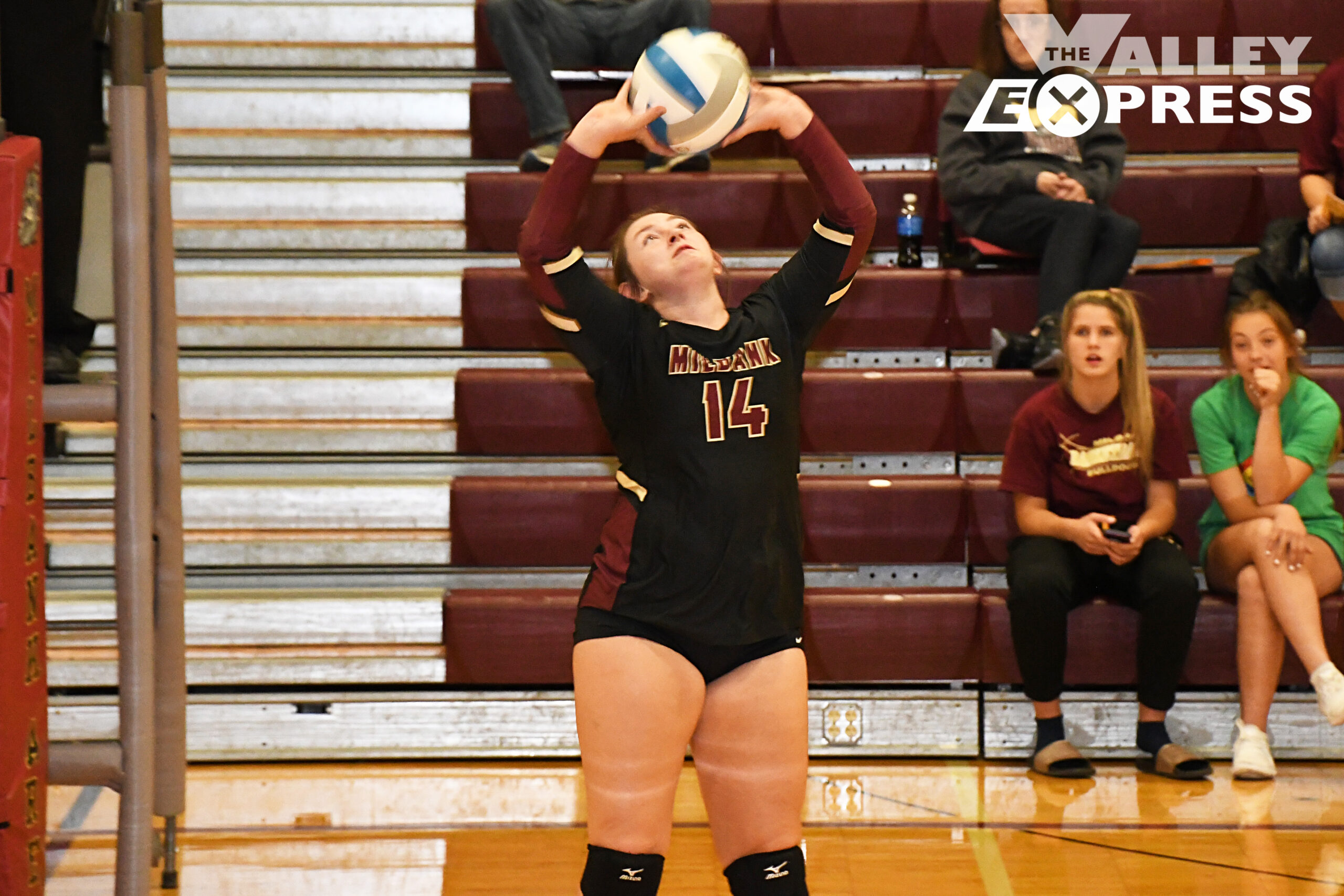 The Lady Bulldogs volleyball team found themselves in a position to win, but fell just short at  3-1 to Groton on October 15 at the Milbank Armory. The loss came on the heels of an earlier loss to Madison, one of the top teams in Class A, in the Battle of the Bulldogs on October 13.

Milbank started slower in the Groton match, but pulled to within two points at 17-19 with an ace by Madi Thue. Unforced errors by both teams moved the score to 19-23. Casside Seezs belted out a kill to up the Lady Bulldogs’ score to 20, but two Milbank errors gave Groton the 20-25 victory.

In the second set, the score was tied four times until Milbank went on a run to take the lead at 18-14. Groton found empty floor and evened the score again at 20-20. The Lady Bulldogs surged ahead at 24-22 with back-to-back kills by Thue, but three consecutive Milbank errors gave Groton a one point advantage at 24-25. Another Tiger kill snatched the victory for Groton at 24-26.

In the third set, Milbank took charge at 18-15 with serving aces by Averie Engebretson and Hallie Schulte and a kill by Thue. Seezs added two kills to widen the gap to 24-17. Milbank committed two errors, but Siri Bien pulled off a kill to seal the win at 25-19.

The Lady Bulldogs trailed for most of the fourth set, but hung close to the Tigers. A kill by Rachel Schulte brought Milbank to within four points at 17-21.  Groton then committed two errors to cut the deficit to 19-21. Additional errors were committed by both teams to close out the scoring. Unfortunately, Milbank was on the short end at 22-25.