Batchelor Siblings Race Together At State

featured3225
Things often run in families. In the Batchelor family, running runs in the family.  Nick, James, and Ashlynn Batchelor, all joined the MHS varsity... 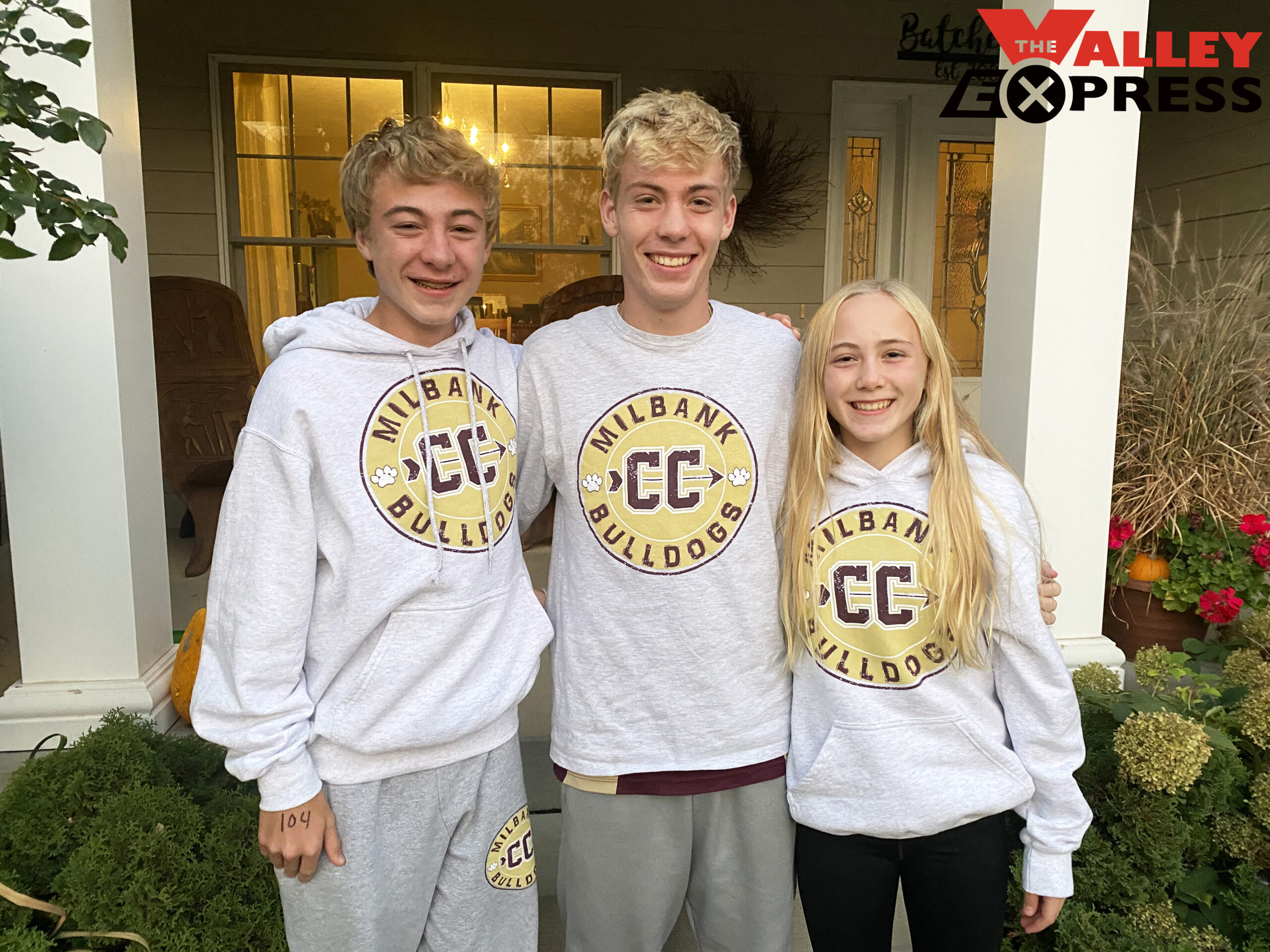 Things often run in families. In the Batchelor family, running runs in the family.

Nick, James, and Ashlynn Batchelor, all joined the MHS varsity cross country teams. This season, they gave most of their opponents a run for their money and racked up records and awards. They helped both teams win conference and regional titles, and Nick and Ashlynn won individual titles. James earned seventh. Ashlynn was the first girl to take the crown for MHS in over 20 years. Today, the three siblings are racing in the 2020 South Dakota State Cross Country Meet in Rapid City.

Nick, now a junior, placed third last year at State. This year, he says he’s in it to win it. “There’s pretty big competition out west and Sioux Falls Christian has a good team.  It’s going to be tough.”  He says he’s concerned about a couple of challengers in particular.  “The winner from last year is back, and a guy from Sioux Falls, who came out of nowhere, has the best time so far.”  James, a freshman, says he hopes to place in the top 50. Ashlynn, who is a seventh grader and competing for the first time at State, says her goal is to post a low 19-minute run or maybe even break 19 minutes.

And everyone will be competing against the weather!  Rapid City is expecting near-record low temperatures, heavy snow, and gusty winds.  SDHSAA officals changed the meet schedule. They moved it up a few hours earlier in hopes of avoiding the winter storm, but is that enough time to beat Mother Nature?

The Batchelors know a minute is like a lifetime when it comes to racing and a fraction of a second can be life changing. Preparation is the only defense. “We did a lot of off-season training,” Nick says. “About 30-35 miles a week. We had a hill day, a long day, and did a couple of tempered runs.” Nick’s longest run was 10 miles. For James, it was eight miles, and usually Ashlynn clocked six miles.  They’d start off together, but then, depending on the type of run each was planning, they might split up.

James says, “If it was a long, easy run, then we stayed together, but if it was a harder workout, we spread apart.”  And when they ran together they would talk. Occasionally, they’d listen to music.  Each has their preferred workout, too.  Ashlynn says, “Hills. I love hills.”  Nick likes negative split runs. “I would do a five-mile negative — each mile needs to be faster than the previous one. So, for example, my first one would be seven minutes, then the next one 20 seconds faster, and so on.” James tends towards interval runs, “I like to go faster when I run.”

As for winter training, Nick says, “It’s hard. I hate training in the winter. Sometimes I go to Unity but I don’t like treadmills very much.”
Regardless of where it takes place, they all agree training is crucial. Getting through a 5K race, Ashlynn says, “It’s all mental; you have to keep a positive attitude all of the time or else it defeats you. Nick says, “If you didn’t train it would be very rough.” James echoes, “Stay positive.”

Ashlynn says, “Running makes you feel good. If you have something on your mind, it goes away after you run.” James says, “After training so hard in the off season, it’s really rewarding when you get a good time at a meet. You think back to all that tough training and just feel accomplished.”

Their mom, Laurie, says, “It takes a special kind of dedication. You have to be willing to keep doing it even when it’s hard. On a day with terrible weather, you just think o.k. I’ll do it. You feel better when you’re done.”
Laurie ran when she was in high school in Jamestown, North Dakota. She also ran for the University of Mary.  She says she still runs a little, but not as much. “Now, I have to bike to keep up with these guys!” Laurie’s dad got her started.  He ran track as did two of her three sisters.  She says, “When I started cross country, my dad didn’t think I would make it two weeks.”

The Batchelor kids’ dad, Chris, is the only non-runner in their family. He prefers to golf rather than run on a golf course. But you can usually find him at the meets taking video. He’s originally from South Africa and sends the footage back home to his family. He says his father especially enjoys seeing the grandchildren run.

With so much talent under one roof, is there sibling rivalry at the Batchelor house?  Laurie, with a slightly mischievous smile, says, “I think they would be more competitive if Ashlynn beat them. That might bother the boys.” Nick says “I feel there’s more competition between us in track —James is faster at shorter distances.” James admits, “Nick is quite a bit better than me, but I try to push him when I can. So, there’s a little competitiveness there. I always try to beat him.”

If it isn’t sibling rivalry that motivates them, what does?  ”Nick says, “In middle school, it was hard. I didn’t want to run that much, but now I do. Success is a motivator.” He adds, “My mom has been a big influence on me, too. And last year Brady Femling and Zippy Bock helped me a lot.”
James agrees, “I’d say my mom motivates me. She really got us into running and helps motivate us all the time.” Ashlynn says, “My mom. She was a really good runner. She always has something positive to say when we don’t want to go run.”

This outpouring of praise makes tears appear in Laurie’s eyes, and Ashlynn quickly points to Coach Townsend as another influence.  “He definitely tries to motivate us. On interval days,he always says, ‘It’s all mental’. Gotta push it.”

James says, “He always tells us you have to water your bamboo. It might not be growing now, but you have to keep watering it, and someday you’ll see it grow.” James explains, “Bamboo doesn’t grow for the first few years, and then it just takes off.” It can grow 35 inches in one day. “So, Coach Townsend tell us, “Be like the bamboo. Last year, the seniors gave him bamboo as their parting gift.”

Coach Townsend might not have mentioned it, but bamboo is also one of the toughest materials on the planet. Its tensile strength is greater than steel. And today is a day the runners will need to rely on both their inner and outer strength.

The Batchelor siblings each perform a personal ritual before a big race to get them in the zone. Nick does big jumps before he lines up to start, James drinks lots of water and makes sure he gets to bed early the night before, and Ashlynn pins her lucky charm on her shoe. Let’s hope it works for her and the entire team.