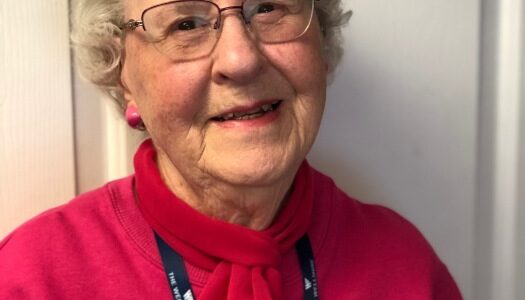 Eunice’s family asks that guests wear masks at the visitation and graveside service.

While maintaining social distancing guidelines, we are now able to gather for visitations and services. The use of face masks by attendees is REQUIRED, and we will continue taking the necessary steps to keep our facility clean. For those who prefer or require continued precautions, webcasting and/or livestreaming will be viewable on this website.

Eunice Eleanor Otto was born on December 11, 1924, in Claire City, SD.  She was the daughter of Charles and Hilda (Nulle) Otto.  Eunice was united in marriage with George Boyd Hofer.  They were blessed with four sons: Lyle, Steve, Larry, and Marlin.

Eunice worked at JCPenney in Watertown, SD.  She married Lloyd Dale Jackson, on July 3, 1967, and added four step-children to the family: Milford, Judith, Richard, and Linda. After Lloyd passed away, Eunice married Carlyle Elwood Trygstad and added his children to her family: John, Ann, Carol, and Laura.

Eunice enjoyed golfing, bowling, playing cards, reading, and writing in her daily journal.  She also enjoyed gardening.  She liked to volunteer in her community and church.  She was a faithful member of Living Word Lutheran Church.

Eunice was preceded in death by her parents: Charles and Hilda; two infant twin brothers; two sisters: Arlet Nicoletti and LaVergne Hedman; her husbands: George, Lloyd, and Carlyle; and her son, Marlin.