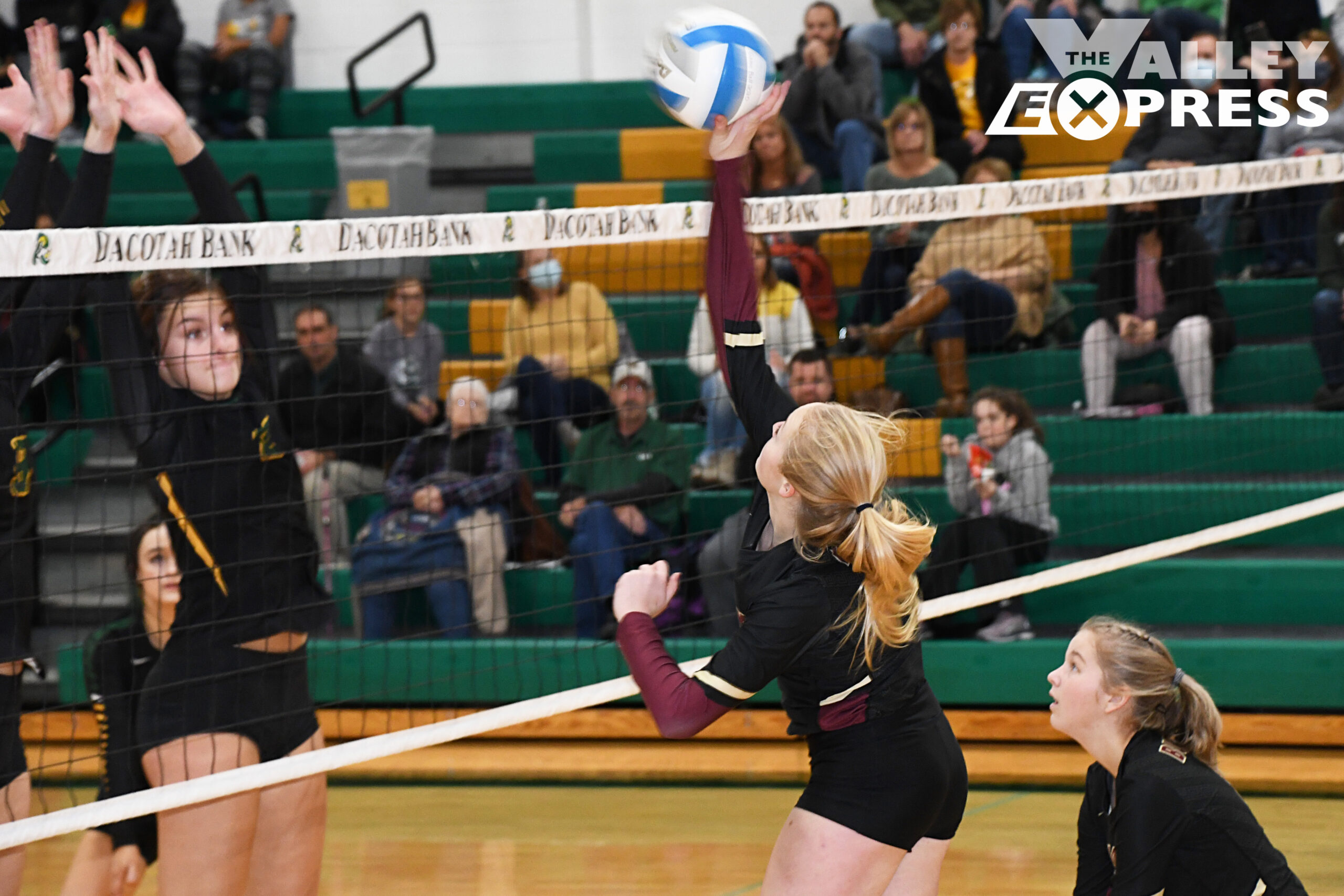 The Lady Bulldogs volleyball team suffered two recent losses. In their match against Tiospa Zina on October 26,  Milbank pushed the match to four sets, but lost 3-1. They then battled top-seeded Aberdeen Roncalli on October 27,  but were defeated 3-0.

Milbank started out hot against Tiospa Zina and soared ahead at 22-8. The Wambdi then took advantage of unforced errors by the Lady Bulldog to pull to within five points at 23-18. Milbank held on to take the first set at 25-20.
In the second set, Milbank trailed 18-22, but knotted up the score at 22-22 with two kills each by Rachel Schulte and Casside Seezs. Two hitting errors by Milbank gave TZ the 22-24 advantage before R. Schulte belted out another kill to cut the score to 23-24. TIospa Zina found open floor with a kill to take the second set at 23-25.

Milbank trailed most of the third set and fell 19-25. A tight match ensued in the fourth set with the score tied three times. The Lady Bulldogs fell behind at 13-18 until Seezs dropped in two aces to pull the score to 15-18. Tiospa Zina then went on a run by belting out six kills in the final seven points of the game to win 15-25.

Milbank faced top-seeded Aberdeen Roncalli Tuesday, October 27, and suffered a 3-0 loss on the road.  The Lady Bulldogs started out solid and the teams exchanged points until  the score was tied at 16-16. Unforced errors by Milbank gave the Lady Cavaliers the opening they were looking for and led to the Lady Bulldogs 17-25 first set loss. Roncalli’s top hitters then took charge and Milbank fell 10-25 and 10-25 to end the match.