featured3185 sports-featured1396
The No. 7 Lady Bulldogs pulled off an upset!  They defeated No. 2 Webster 3-1 in the opening match of the Region 1A volleyball tournament... 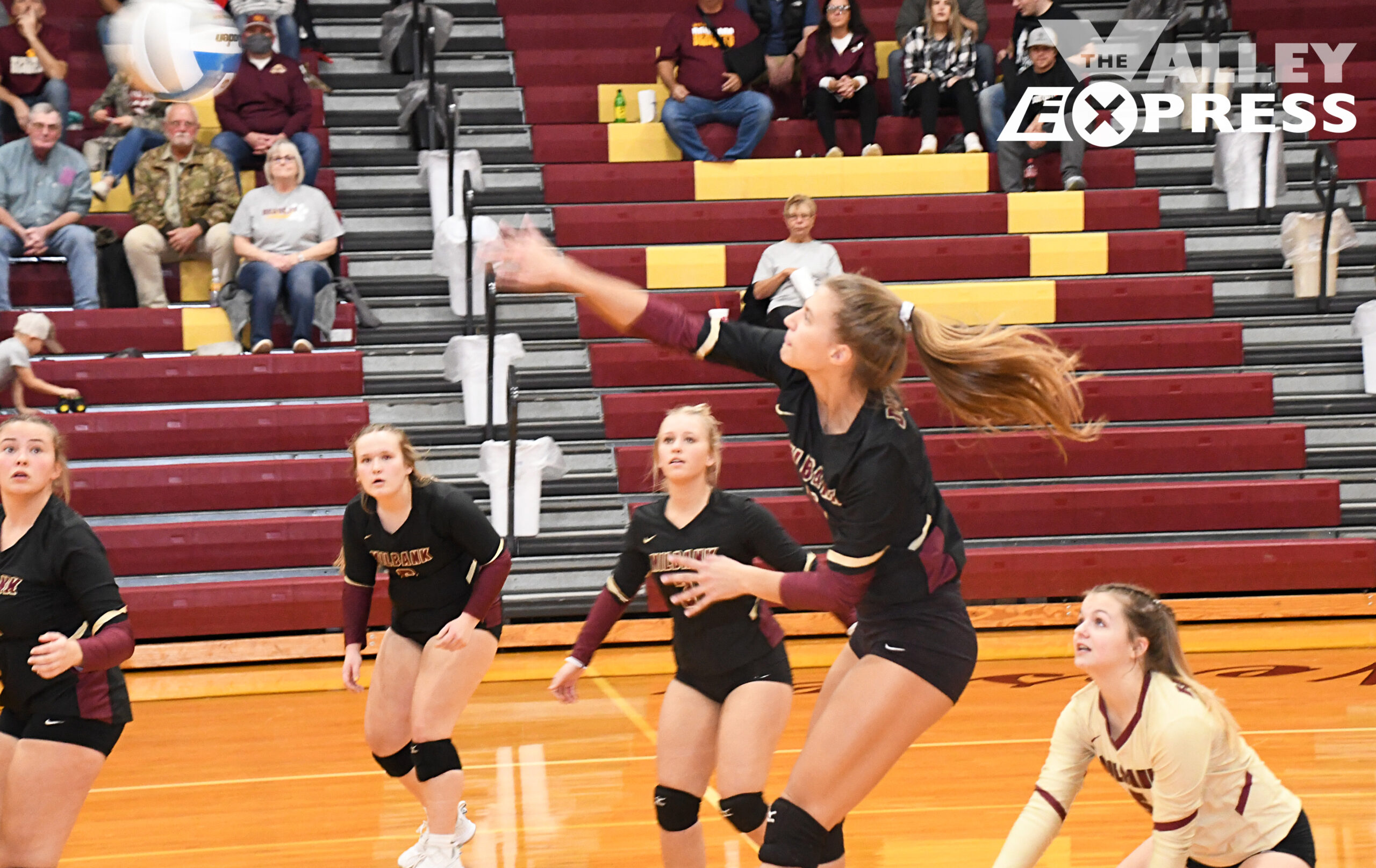 The No. 7 Lady Bulldogs pulled off an upset!  They defeated No. 2 Webster 3-1 in the opening match of the Region 1A volleyball tournament on Tuesday, November 3, in Webster. Milbank now travels to No. 3 Redfield for semi-final action on Thursday, November 5.

In the other semi-final game of Region 1A, No. 4 Sisseton travels to meet No.1 Aberdeen Roncalli. That match also takes place on Thursday, November 5.  The two winners advance to the SoDak 16 round of play on November 10.

Milbank’ s game plan to slow down the Webster hitters was well executed  at the start of the match. Milbank held a commanding lead at 19-12. Madi Thue, Shelby Lee, and Averie Engebretson then made three consecutive kills to widen the gap to 22-12. Errors by Webster and a kill by Casside Seezs helped seal the first set victory for the Lady Bulldogs at 25-13.

A tighter match ensued in the second set. The teams knotted up the score 11 times to reach 16-16.  Thue and Rachel Schulte then pounded down kills, and Webster committed four errors to give Milbank a 22-16 lead. Kills by Engebretson and R. Schulte secured the victory for the Lady Bulldogs at 25-18.

Milbank struggled early in the third set and trailed 4-13. They were behind again at 9-20. The Lady Bulldogs could not recover and lost the set at 13-25.

In the fourth set. Milbank took an early lead at 6-1 and maintained control until 18-14. Consecutive kills by R. Schulte and Seezs widened the gap to 22-15. The teams exchanged kills to move the score to 23-16. Webster dropped in another kill, but followed it with a hitting error to bring Milbank to within one point of the win at 24-17. The Bearcats rallied and belted out three kills to cut the deficit to 24-20.

Milbank regrouped during a timeout and returned ready to play. On Webster’s serve, Hallie Schulte passed the ball up to Jessica Van Peursem, who set the ball to Thue.  Thue pushed it deep in the back left corner and Webster could not respond. Milbank cleaned up with the 25-20 win and the 3-1 match victory.

The Lady Bulldogs finished the night with a 96 serving percentage.  They missed just three of 82 serves.