Robert A Fields age 91 of Stockholm, SD passed away at his home surrounded by his family on November 11th, 2020. Please Note:  Private... 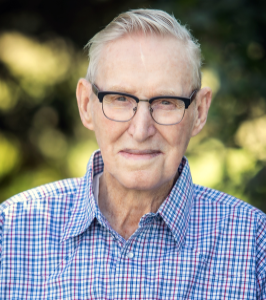 Robert A Fields age 91 of Stockholm, SD passed away at his home surrounded by his family on November 11th, 2020.

Please Note:  Private family services will be 11:00 am, Saturday, November 14, 2020 at the Elim Evangelical Church, however, those that would like to join in the procession to the Evergreen Cemetery by Stockholm, SD, are asked to stay in your car and line up by 11:15 am at the church.

Robert A Fields (Bob) was born on September 4th, 1929 in Aberdeen, SD to Gerlyn Fields. He grew up in Lemmon, SD and later moved to Mound City, SD. He was raised by Jake and Clara Wientjes and they moved to the Stockholm area in 1942 and he attended school in Stockholm and South Shore. Bob was confirmed at the Tabor Lutheran Church in Strandberg, SD. Bob joined the Navy at age 17 and served his country for 5 years, traveling to 23 foreign countries during that time. He returned to the Stockholm area after his service in the Navy and soon after his return, Bob was united in marriage with Arlene Pekelder on November 6th, 1953 at the First United Methodist Church in Watertown and were later blessed with 2 children (Merlin and Barbara). The couple had been married for 67 years! He and Arlene farmed near Stockholm for around 45 years and continued to live on the farm after retirement. Bob was also rural mail carrier for the Stockholm postal service for 27 years until he retired in 1994. In his free time, he enjoyed wood working, mowing the lawn and taking care of the farm. Bob also loved spending time with his 9 Grandchildren and 17 Great Grandchildren, and rarely missed any of their events.  Over the years Bob was very involved in his church and in the community.  He was a long-time member of the Elim Evangelical Mission Church where he enjoyed countless hours serving and worshiping. He held numerous positions including church chairman and church treasurer. Bob was honored to be a member of the Stockholm/Strandburg American Legion Post 171 for the last 52 years. He was a 4-H leader for Madison Jr Livestock for 15 years. He was also the Stockholm school board president for 7 years.