Glenn Weeden, of Milbank, died January 19, from COVID-19, at Ortonville Area Health Service. A funeral service will be held on Friday, January 22,... 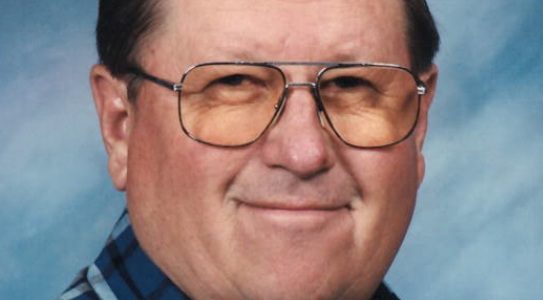 While maintaining social distancing guidelines, we are now able to gather for visitations and services. The use of face masks by attendees is required, and we will continue taking the necessary steps to keep our facility clean. For those who prefer or require continued precautions, webcasting and/or livestreaming will be viewable below this obituary.

Glenford Stanley Weeden was born on September 19, 1939, in Ortonville, MN, to Stanley and Helen (Hecht) Weeden. Glenn grew up and attended school in Wilmot, SD. He married Mary Madsen on August 6, 1966. Glenn and Mary have lived in Milbank since 1968.

As a young man, Glenn helped his father on the family farm. He soon began working for his uncles, Elroy, Ervin, and Elmer Hecht, helping in all aspects of farming on their farm near Wilmot. Glenn worked for Hunter Granite for 18 years. He worked for the Grant County Highway Department for more than 20 years.

Glenn was a lifetime member of Our Savior’s Lutheran Church in Wilmot. He was a man of strong faith, and he believed we should “do unto others as you would have them do unto you.” Glenn was a member of the Hardee’s Coffee Club, and especially enjoyed the Arnold family weekends at Big Stone Lake. He was known to tell a story or two, or three! to keep everyone entertained around the campfires at the lake.

Glenn loved to tinker in the garage, and he helped keep many of the family’s cars running. He enjoyed old tractors, and giving his grandchildren rides on his restored Farmall tractor. He cherished his special time with his grandchildren.

He was preceded in death by his parents; and sister Joyce, Reese.