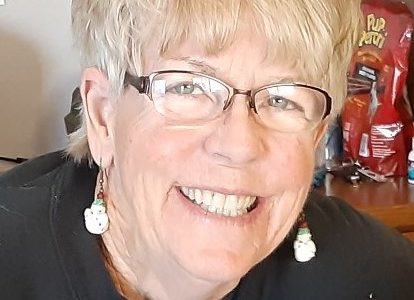 Cheryl died at Sunview Hospital in Las Vegas, NV, following an aneurysm.  A celebration of Cheryl’s life will be held at a later date.

Cheryl Ann (Robbins) Sunne was born on September 23, 1950, in Watertown, SD. She was the daughter of Wayne and Bereniece (Ferguson) Robbins. She attended rural school in Codington County and graduated from Watertown High School.  She continued her education at Dakota State College and received a Bachelor of Science degree.

Cheryl was united in marriage with Doug Sunne on May 31, 1969. They were blessed with a daughter and a son, Christi, and Dan. Cheryl taught school at Waverly, SD; Marietta, MN, and Wilmot, SD. She was also co-owner and co-manager of Sunne’s Department Store in Milbank, SD. She and Doug operated the store for 12 years.

Cheryl loved living the “lake life” on the banks of Big Stone Lake. She enjoyed golfing and bowling. She was a member of the American Lutheran Church in Milbank. Cheryl and Doug enjoyed spending the past six winters in Fort Mohave, AZ. Most importantly, Cheryl adored her family and especially her granddaughter, Caitlin.

Cheryl was preceded in death by her parents: Wayne and Bereniece; father-in-law and mother-in-law: Arlie and Beverly Sunne; sister, Carolyn Niemamm, and brother-in-law, Mark Kiefer.