“Say not in grief ‘he is no more’ but live in thankfulness that he was.”      ~~ A Hebrew proverb attributed to Rabindranath Tagore... 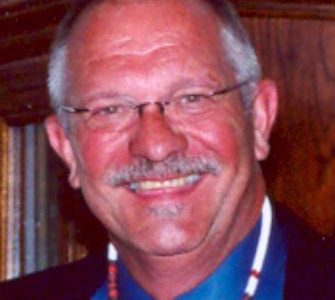 “Say not in grief ‘he is no more’ but live in thankfulness that he was.”

Kent “Skeet” Nolan Good, 74, made his final journey on Tuesday, February 2, 2021, after a brief but fierce battle with melanoma. Son Lance, daughter Devon, daughter-in-law Melissa, and wife Rolene were caring for him and family and friends came to see him in his last days. He died at his home (600 5th Avenue) in Wilmot, South Dakota. He directed that there be no funeral but rather a celebration of life/memorial at a later date, likely June 12th in Wilmot, and a spreading of his ashes at a special place in Montana.

Kent Nolan Good was born in Great Falls, MT, on 29 June 1946 to Nathaniel Paul Good and Mary Elizabeth Dornblaser Good. He was their third child, with Anna Mae as their first and Wyley Paul their second. Young Wyley had been reading a storybook about a kangaroo named Skeeter when his brother was born, and he asked the maternity nurse if Skeeter Good was at the hospital yet. So, from his first day, Kent was known and loved as “Skeet” to his family and friends.

Skeet grew up on their family farm along the Rocky Mountain front in Choteau County, Montana. He attended country school and later school in Fort Benton. He played sports, worked on the hard-red wheat farm with his family, and graduated in 1964. Just three days prior, his father had died of a heart condition. Skeet attended the University of Montana at Missoula where he graduated in 1969 with his Bachelor’s in Liberal Arts and minors in Biology and History, and in 1974, graduated with his Masters in Anthropology. Starting in graduate school, he began his 52-year active career in archeology.

While in Missoula, he married Sydney Stapp of Great Falls in 1968 and they had his first child’ Bromley Ann Good in 1971. Between 1970 and 1974, Skeet managed archeological survey crews in the Pryor Mountains of southeast Montana that included areas unrecorded by the US Geological Survey. He was divorced in 1972, left Montana, and began teaching at the University of North Dakota in Grand Forks. As an Associate Research Archeologist, he finished his Master’s thesis, taught undergraduate classes, lead archeological survey crews and the University lab, and built up the contracting arm of the Anthropology and Archeology department.

In 1974, he married Linda Benz of Bismarck. Between 1979 and 1984, Skeet partnered with Larry Sprunk and opened a private consulting firm in Grand Forks and Mandan, called Historical and Archeological Survey’s Inc. (HAS Inc), with many contracts in the coal fields of North Dakota. Son, Lance Paul Good and daughter, Devon Jo Good were born in 1980 and 1983.

On January 1st, 1986, Skeet checked himself into alcohol treatment and began his sobriety that lasted the rest of his life – a point of quiet pride for him. Skeet earned a Bachelor’s degree in Education (History) from Valley City State College in 1988, lived in Adrian, and truck-farmed organic vegetables. He completed his education requirement of student teaching but shortly thereafter was hired as the Chief Archeologist and Historian by the Fort Lincoln Foundation (1987-88) to excavate and accurately reconstruct the Commanding Officers Quarters that was lived in by Lt. Col. George Armstrong and Libby Custer (1873-76). For his Fort Abraham Lincoln expertise, Skeet was contacted by Republic Pictures Productions of Los Angeles and consulted on the ABC mini-series Son of the Morning Star in 1990.

Skeet was hired as ND Department of Transportation’s first archeologist in 1989 where he surveyed in advance of construction projects and began tribal consultation with 11 regional tribes to bring Native American concerns and mandates into the state’s transportation plan. His meaningful work brought him deep understanding, appreciation, and trust. Spirit Lake elder and mentor, Ambrose Littleghost, adopted Skeet as his brother, naming him Wachsha Waste, “Good Man.” The consultation program Skeet developed also received a national award from the Federal Highway Administration, and the Advisory Council on Historic Preservation (2014), and was copied in many other states. Skeet later authored a tribal consultation publication called the Cultural Heritage Manual: A Guide for Consultation (2008) for NDDOT. He was active in the North Dakota Archeology Association for decades and attended the Plains Anthropology Conferences often. In 1989, he also started KG and Associates, conducting out-of-state archeological surveys and leading consultation projects. One of his favorite organizations to work for was the Sisseton Wahpeton Oyate (SWO). Over his very long career, he surveyed and wrote hundreds of archeological, historical, and cultural resource reports and nearly 30 published reports that are housed at Tribal Historic Preservation Offices and State Historic Preservation Offices in Montana, North Dakota, South Dakta, and elsewhere. In 1995, Skeet divorced and began a relationship in Bismarck with Rolene Schliesman originally of Wilmot. They enjoyed spending time with family, and friends, walleye fishing on the Missouri River, and traveling across the country.

In 2010, Skeet and Rolene moved to Wilmot, South Dakota, began Good Schliesman & Associates, Inc., and continued consulting, primarily for SWO. In 2012, Skeet ran for Wilmot mayor, won the election, served an energetic two years, and many residents continued to call him Mayor Good long after his term was over. His 1896 home and yard in Wilmot was always decorated for Halloween and Christmas, his lawn was among the tidiest in northeast South Dakota, and his vegetable and flower gardens were amazing. Despite the Covid-19 pandemic, Skeet conducted his last archeological survey in September 2020.

Throughout his life, Skeet enjoyed people, cared deeply about his ever-growing family and huge circle of friends, and he told great stories about everything – his wild young days, archeological finds, Montana wheat farming, antiques and tractors, his travels, students, colleagues, friends, kids, and grandkids. He could strike up a conversation with anyone and leave them feeling good. When asked how he would like to be remembered, he replied, “I want people to say I had a good heart.”

SWO Tribal Historic Preservation Officer, Dianne Desrosiers, made this announcement at his passing: “I wanted to notify the Oyate of the recent passing our contract Archeologist, Kent “Skeet” Good of Wilmot, South Dakota, and formerly of Montana and a proud Montana Grizzly (his alma mater). Kent has been with us since before my tenure began (2005) with the preservation office. He was a close personal friend of former Chairman Jerry Flute. Kent has been an archeologist for more than 50 years. He mentored and shared his knowledge with many here on the Lake Traverse Reservation. He respected tribal cultural lifeways and learned as much as he could to help tribes preserve what sites remain as the evidence of our past and history here on Mother Earth. He was instrumental in the development of the Programmatic Agreement between Tribes, Federal Highway Administration and the ND DOT which is a standing document regarding tribal consultation and a model for consultation. He will be greatly missed.”

For his 50th, 60th, and 70th, Skeet enjoyed hosting his birthday bashes. His final wishes included a gathering of friends and family to celebrate his life and tell his stories. We will celebrate his 75th this summer in Wilmot, likely June 12th, and everyone who knew and loved him is invited. Following this, we will spread his ashes in Montana, as he requested, in a special place along the Teton River near his childhood home.