Marlys Cornelisen, age 85, of Ortonville, died February 18, at Fairway View Neighborhoods in Ortonville. A Memorial service will be at 11:30 a.m. on... 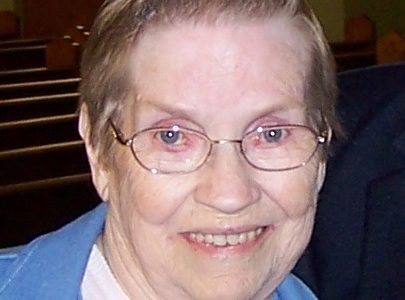 A Memorial service will be at 11:30 a.m. on Friday, February 26, at the Mundwiler Larson Funeral Home in Ortonville. Visitation will be one hour prior to the service. Burial, at a later date, will be in Mound Cemetery.

Marlys (Bernhagen) Cornelisen was born on August 28, 1935, in Minneapolis, MN. She was the daughter of Warren and Lillian (Lappi) Bernhagen. She graduated from Minneapolis Vocational High School in May of 1953. Marlys played the French horn in band and also worked at Jean Lang Dress Company while in high school.

She married Donald E. Cornelisen on February 21, 1953, and of this union three children were born: Theresa, Bonnie, and Raymond. Don and Marlys lived in Minneapolis for approximately one year then moved to Ortonville, MN. Marlys was a stay-at-home mom while the children were small and she took to ironing clothes for the community to help with the family finances.

In 1965, the family moved to Luverne, MN. Marlys did some babysitting shortly after moving to Luverne and by 1968, she was working for the local photography studio (Myhre Studio) where she waited on customers and touched up photographs. When her husband, Don bought a small grocery store in 1975, Marlys helped him in operating the store. In 1991, Don and Marlys moved back to Ortonville where they lived out the rest of their lives.

Marlys enjoyed sewing and fishing. She also had a passion for gardening. She started as a little girl during WWII with her own victory garden, for which she was awarded a medal. She continued to always have a garden, whether large or small, throughout her lifetime.