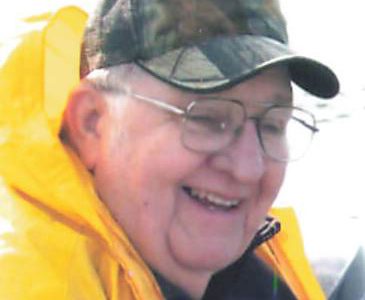 A private family funeral service will be held on Friday, March 12, at 11:00 a.m. at Mundwiler Funeral Home Chapel, in Milbank. Burial will be in the St. Lawrence Catholic Church Cemetery.

George William Fisher was born at home on October 16, 1933, in Harrison Township, 6 miles west of Missouri Valley, IA. George was the third child and only son of Edward Carl and Ruby Keitha (Weitz) Fisher. George attended a country school and graduated from Missouri Valley High School in 1952. He took some college classes at Dana College.

George married Alyce Gamble on July 30, 1953, in Sioux City, Iowa and they resided in the Missouri Valley area. George and Alyce had three children: Ed, Wendy and Bill.George married Joyce Elaine Elsasser on April 10, 1964, in Omaha, Nebraska. George and Joyce had one child: Angela. Joyce added 5 more children to the mix: Connie, Pam, Roger, Tim and Joel.George did numerous jobs during his life including farming, meat packing, purchasing agent for Jenny Edminson Hospital in Council Bluffs, IA, restaurant owner, optician, truck driver and corrections officer in Appleton, MN. George was a master storyteller, enrapturing any audience but preferred the comfort of close family or alone time on the lake landing a fat perch.  The last part of his life involved growing dozens of tomato plants each year, patiently waiting for them to bear their summer bounty. A good day involved working in time to fish and being home in time for dinner. He loved a good meal.

George was preceded in death by his parents; his wife Alyce and wife Joyce; sisters: Norma Jean Gillette and Alice Finken.

George has requested that in lieu of flowers to please make a donation to the Salvation Army.