Delores “Dee” Nelson died on February 18, 2021. Graveside services will be held and announced at a later date at Milbank City Cemetery in... 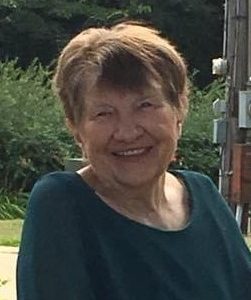 Graveside services will be held and announced at a later date at Milbank City Cemetery in Milbank.

Miller Funeral Home of Sioux Falls handled the cremation, and there was a private celebration of her life at Sunnycrest Methodist Church in Sioux Falls.

Delores “Dee” Nelson was born on November 26, 1929, in Watertown, South Dakota, to Clifford and Katy Hanson.  She grew up with three siblings: Geraldine, Kenneth, and Verlyn.

In 1945, she married her childhood sweetheart, Rudolph “Bud” Westphal.  They farmed happily together for almost nine years until Bud was killed in a tractor accident.  They had five children: one son, Dennis, and four daughters: Barbara, Dorothy “Dort”, Carolyn, and Rudee.

She bought a house in Milbank.  She took her high school through correspondence and then moved the family to Le Mars, Iowa, where she attended Westmar College. She graduated in 1963 and began her career as a social worker for the State Department of Social Services in the child welfare department in Sioux Falls, South Dakota.  During that time, she obtained a master’s degree from the University of Nebraska in 1970.

She resigned in 1972 and started Cullen Industries, a job training program for socially handicapped people that she operated for twenty-one years. She retired in 1993.

In 1977, she moved to an old farm site south of Sioux Falls and converted the barn to “Barn Theater” which entertained the community for twenty-one years.

In 1996, she married Curtis Nelson and they lived and loved side by side for 25 years.

She was predeceased by her parents; husband, Rudolph; daughter, Dort; son, Dennis; and grandsons: Max, Heath and Corbin.