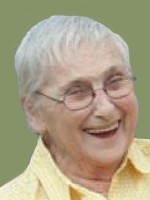 A Celebration of Life for Marvin and Lois will be held on Sunday, March 28, 2021, from 2:00 p.m. to 4:00 p.m. at the Corona Community Center. The inurnment will take place at Wilmot City Cemetery at a later date. Lois Jean Madsen was born on November 19, 1939, to Don and Sister Mildred (Nelson Lotzer) Smith in Browns Valley, Minnesota. She graduated from Browns Valley High School.

On December 7, 1957, Lois was united in marriage to Marvin Madsen in Wheaton, Minnesota. Together they raised seven children. They made their first home in Wilmot, South Dakota and in 1969 they moved to Corona, South Dakota. Lois worked at Dacotah Fabrics, Big Stone Power Plant, Dakota Machine Works, and Bill’s Super Value. She was a member of St. Mary’s Catholic Church in Wilmot. A lifelong member of the Milbank V.F.W., Lois enjoyed volunteering while her health allowed.

Lois was an avid seamstress, making many clothes for her children and grandchildren. She also loved to read and play games on the computer. Attending Mass at Blue Cloud Abbey was important to Lois. The last time she participated in Mass all of her children were with her, which brought her great joy. Lois’ grandchildren and great-grandchildren were very special to her. Despite all of the challenges throughout her life, Lois remained a very strong woman.

She was preceded in death by her parents; son, Dennis; grandson, Ethan; and brother, Bud.