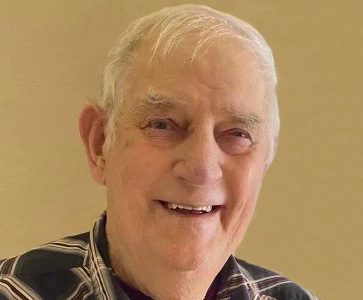 A Celebration of Life for Marvin and Lois will be held on Sunday, March 28, 2021, from 2:00 p.m. to 4:00 p.m. at the Corona Community Center. The inurnment will take place at Wilmot City Cemetery at a later date.

Marvin Stanley Madsen was born on July 27, 1933, in Lake Township of Roberts County, SD, to Martin and Anna (Hoppe) Madsen. He was baptized in the Wilmot Lutheran Church and attended country school in Lake Township through eighth grade. After school, Marvin enlisted in the United States Army.

On December 7, 1957, Marvin was united in marriage with Lois Jean Smith in Wheaton, MN. The couple lived in Browns Valley, MN, then moved to Clay Center, KS. They decided to move back to South Dakota and lived in Wilmot for a time before moving to Corona, SD, where they lived for over 50 years. Together, the couple welcomed seven children.

Marvin was a hard worker and worked various jobs such as construction, driving bus for the Wilmot School District, and did some over-the-road trucking.

Marvin was a member of the VFW and the Wilmot Saddle Club. He was an outdoorsman, an avid fisherman, and enjoyed helping others. Marvin also liked hunting and raising quail and pheasants. Most of all Marvin loved riding horses and adored his grandchildren and great-grandchildren.

He was preceded in death by his parents; his wife, Lois, in 2014; son, Dennis; grandson, Ethan; great-grandson, Hudson; and 12 brothers and sisters.