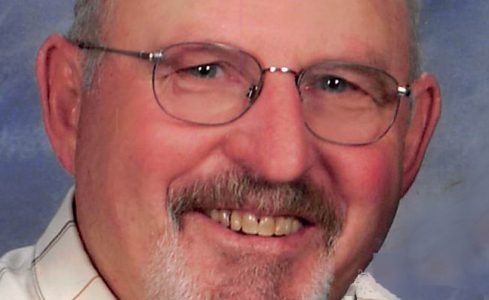 Robert Wesley Lower was born on September 14, 1942, in Eureka, CA.  He was the son of James Wesley and Evelyn (Norenberg) Lower. Bob grew up in Arcata, CA, where he attended school and graduated from high school. Bob was united in marriage with Ada Shaffer on October 24, 1964.

Bob worker as a Professor of Business at Minot State University. He and Ada were missionaries for the United Methodist Conference, working with Children of the Harvest.  From that mission Bob and Ada started Spirit Lakes Reservation Ministry. Bob worked a variety of other jobs including tree farmer and business owner. He later worked as the business manager at Calvary United Methodist Church in Fargo, ND.

Bob lived his Christian life though selfless acts and helping others in need.  He had a huge heart for missions.  He worked for the Dakotas United Methodist Conference Foundation as a Disaster Relief Coordinator and UMCOR for Minot Flood Relief. He and Ada donated countless hours to The Lord’s Cupboard Food Panty and Taste of Heaven Soup Kitchen.  He was active with the church’s men’s ministry and offered leadership and volunteerism. He was a kind hearted man, always available, and would help anyone, day or night (especially his grandchildren)! He was a member of the Vietnam Veterans.

Bob loved the outdoors, especially hunting and fishing.  He loved to grill and cook for his family.  He had a beautiful voice and enjoyed singing. Bob especially loved and cherished his family.  He and Ada were a “team.” They did almost everything together with Christian love and spirit.  His daughters and grandchildren knew how much Bob adored and loved his wife! Together they set an example of what a loving and happy marriage looks like. They were a compliment to each other.

Bob and Ada moved to Milbank, SD, to be closer to his daughters: Tami and Deb. He suffered a short illness, but was surrounded by his family and Christian love from the community.

In lieu of flowers, the family suggests donations be given to your local food panty or soup kitchen.