Verden Gerber, age 83, of Ortonville, died on Saturday, April 10, at Ortonville Area Health Services. A funeral service will be held at 3:30... 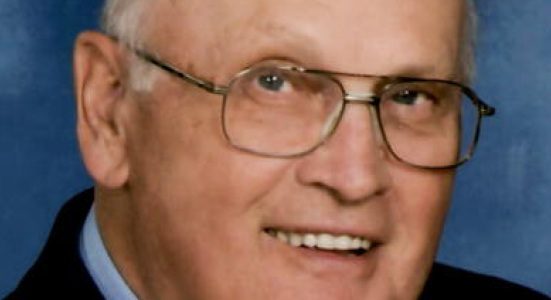 While maintaining social distancing guidelines, we are now able to gather for visitations and services. The use of face masks by attendees is encouraged. For those who prefer or require continued precautions, webcasting and/or livestreaming will be viewable at www.mundwilerfuneralhome.net.

Verden Ervin Gerber was born on March 3, 1938, to Ervin and Dorothy (Pansch) Gerber at home on a farm by Odessa, MN. He was baptized and confirmed at Trinity Lutheran Church in Odessa where he was a life-long member. Verden attended elementary school and graduated from Odessa High School. He attended Nettleton Business School in Sioux Falls, SD.

On March 19, 1960, Verden was united in marriage to Carole Mary Eleanor Stoltenburg at Trinity Lutheran Church in Ortonville, MN. They spent their lives living in various homes in the Ortonville and Odessa area, residing at Fairway View in Ortonville at the time of his death. Verden and Carole were blessed with two sons: Brent and Barry.

He was a Kiwanian, a school board member for 14 years, Odessa City Council person, long-time member of the Milltones Barbershop Chorus and was active in Jaycees and many other community activities.

He enjoyed golfing, playing cards, watching sports, attending school concerts and events and just getting together with friends for coffee. He was active in church and served as a Sunday School Teacher and Superintendent, served as an elder and loved mowing the church cemetery.

Verden and Carole traveled to many barbershop conventions and made many trips to Branson, MO. However, his true passion was visiting family and attending as many activities of his grandchildren as he could. Verden was a beloved dad and grandpa.

In 2018, Verden was diagnosed with ALS.  Through many physical challenges and with the constant support and care of his loving wife Carole, he faced all of his difficulties with dignity, grace, and humor.  His struggles ended as he passed from this world to be with his Lord on April 10, 2021, having reached the age of 83.