William “Bill” Sprinkel, age 73, of Milbank, SD, passed away peacefully on Sunday, April 18, 2021, surrounded by his family. Memorial services will be... 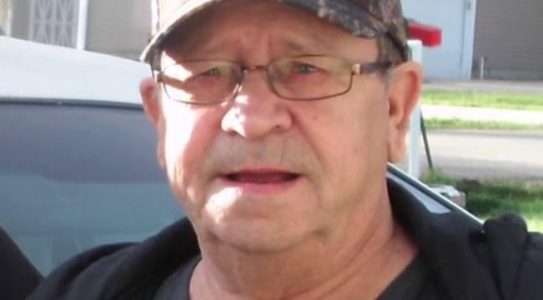 Memorial services will be held on Friday, April 23, 2021, at 11:00 a.m. at Calvary Assembly of God Church in Milbank. Visitation will take place from 5:00 p.m. to 7:00 p.m. on Thursday, April 22, 2021, at Mundwiler Funeral Home in Milbank and will continue one hour prior to services at the church on Friday. Pastor John Hostettler and Pastor Daniel Lopez with officiate, and inurnment will be in Milbank City Cemetery.

While maintaining social distancing guidelines, we are able to gather for visitations and services. The use of face masks by attendees is recommended, and we will continue taking the necessary steps to keep our facility clean. For those who prefer or require continued precautions, webcasting and/or livestreaming will be available at the bottom of this page.

William Frederick Sprinkel was born on April 16, 1948, in Parkston, SD, to Louis and Eleanor (Bickford) Sprinkel. He and his brother, Mick, were raised in Ethan, SD. Bill graduated from high school in 1966. Following graduation, he went to start his love for the lumber industry at the Ethan Co-Op.

Bill married his first wife. Brenda, in August of 1968. To this union, they were blessed with two sons: Pete and Dana. Bill moved to Ray, ND, in 1973, where he went to work at Northwest Lumber and Supply. He worked in Ray for five years where he met Arlene Tong. Together, Bill and Arlene moved to Milbank, SD, in 1978, where Bill accepted a position at Milbank Lumber. Bill and Arlene welcomed a daughter, Sarah, in March of 1979. On May 14, 1981, Bill and Arlene were united in marriage. From this union, he inherited five amazing children: Lisa, Lana, Renae, Ryan, and LeAnn, who he loved, treated, and raised as his own. Bless his huge heart!

Bill worked at Milbank Lumber/Whetstone Home Center from 1978 until his retirement in 2020. In the 42 years he worked at the lumber yard, he gained many friendships and touched many hearts. Bill was known for his many (and sometimes not so funny) jokes. He could never finish his joke without cracking himself up first. He was also known for and will be remembered for his knowledge, kindness, generosity, and quick wit. In the early 90’s, Bill gave his heart to Jesus at a Lowell Lundstrom Crusade in Milbank.

In Bill’s 73 years of life, he enjoyed fishing, hunting, playing cards, early morning coffee at UPI, and most importantly, spending time with his family. He most loved his Saturday morning breakfast outing with his grandson, Cody, to see who could eat the most bacon (and if you ask Cody, Grandpa never won!!).

In February of 2018, Bill was diagnosed with cancer. During this time, he leaned on his friends, family, and most importantly, Jesus, his Lord and Savior. Bill fought a great fight for the next three years and lost his battle on April 18, 2021.