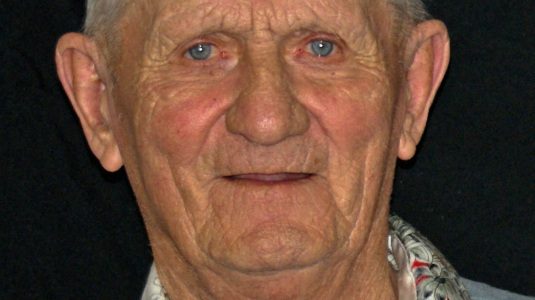 While maintaining social distancing guidelines, we are now able to gather for visitations and services. The use of face masks by attendees is recommended, and we will continue taking the necessary steps to keep our facility clean. For those who prefer or require continued precautions, webcasting and/or livestreaming will be viewable below this obituary.

Kenneth Ray Fryer was born on January 29, 1943, in Wilmot, SD, to Lester and Viola (Egan) Fryer. He attended Tikawitha Elementary School in Sisseton, and graduated from the Wilmot School in the 8th Grade. He was baptized and confirmed in the Catholic faith.

Ken lived on the family farm west of Wilmot. He later moved to the Twin Cities and worked at John Woods, Inc. as a machinist for tool and dye making. He returned to the Big Stone City area and worked with his brother, Don, at International Hortness in Peever, SD. He worked at Hunter Granite Company cutting slabs. He was a mechanic at the Chevy Garage in Milbank.  Ken continued his career by owning and operating a radiator shop.  He worked at Valley International as a mechanic.  He also milked cows west of Peever. Ken and Don operated Fryer Repair Shop in Big Stone City and worked in concrete construction. He returned to the family farm near Big Stone City and did custom farming and mechanics.

He was preceded in death by his parents: Lester and Viola; brother-in-law, Roger Anderson; brother and sister-in-law: Donald and Sylvia Fryer.