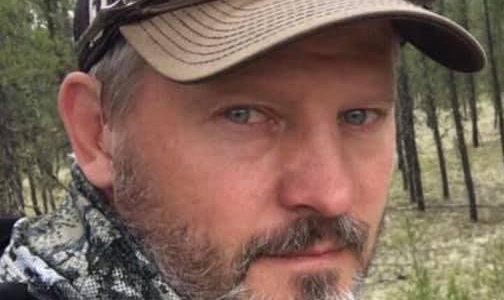 Funeral services will be held on Saturday, May 15, 2021, at 2:30 p.m. at the Milbank School District Theater in Milbank, SD. Visitation will be held on Friday, May 14, 2021, from 5:00 p.m. to 7:00 p.m. at Mundwiler Funeral Home in Milbank and will continue one hour prior to the service on Saturday at the Milbank High School Theater. Pastor Kent Groethe will officiate, and burial will take place at Milbank City Cemetery.

While maintaining social distancing guidelines, we are now able to gather for services. The use of face masks by attendees is highly recommended.  For those who prefer or require continued precautions, webcasting and livestreaming will be available at the bottom of this page.

Chad Cory Nelson was born in Ft. Hood, TX, on August 8, 1968, to Ardell and Marge (Sivertsen) Nelson. The family settled in Milbank, SD, where Chad would graduate from Milbank High School in 1987. During his high school years, Chad was a committed athlete: playing football, running cross country, and playing basketball, which was his favorite sport. Number 33 found success leading his basketball team to forth in the state basketball tournament in 1987. During summer vacation, Chad would get his favorite job of his life: coaching little league baseball.

Following high school, Chad graduated from the University of South Dakota and would go on to earn a Master’s Degree in Social Work from the University of Nebraska at Omaha. Chad turned his compassionate nature and love of children into a career, and became a Licensed Social Worker at the Human Service Agency in Watertown, SD, where he served children and families in need.

Never one to fear a challenge, Chad attended law school at the University of South Dakota, graduating in May 2003. Through determination and hard work, he built a successful law practice in Milbank, where he would offer much time and expertise, pro bono, to those in need. He also worked with All About U Adoptions, helping to create whole families from broken circumstances, and as Deputy State’s Attorney for Codington County. He was an active member of the South Dakota Bar Association, and enjoyed teaching a class on rural legal practice at the University of South Dakota Law School.

Chad’s greatest passion was the outdoors. He was an avid archery hunter, and filled his game room with trophies taken from his many hunting adventures. He loved to regale his family and friends with tales of his exploits, and could recall each hunt in great detail, with trips spanning North America, from New Mexico to Canada. Chad also loved to golf with friends, so much so that he had a full-size golf simulator put in his house, so that the golf rounds could continue through the winter months. There was no limit to how much time he could spend outside. Hiking in the Black Hills, going for a run, and just sitting on his patio all brought him joy and peace.

Chad was a man of deep faith, which he lived out with both his words and deeds. He was a member of Living Word Lutheran Church, where he served as the Vice President of the Church Council and frequently read the lectionary. He was dedicated to his community, and thoroughly enjoyed serving as President of the Milbank Education Foundation.

Above all, Chad was a truly good man who fiercely loved his family and friends. He was the best father a son could have, a loving partner to his fianceé, and a source of wisdom and compassion to all those who knew him. He will be sorely missed.

Preceding him in death were his maternal and paternal grandparents; and beloved dogs: Bo, JD, and Gizmo.

In lieu of flowers, memorials are preferred to I AM ALS or the Game Fish and Parks Youth Sports Fest of Watertown, SD.