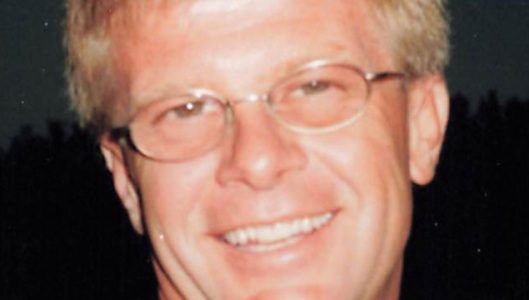 A funeral service will be held on Friday, May 28, at 2 p.m. at First Presbyterian Church in Wilmot. Burial will be in Osceola Cemetery #1 in Marvin, SD. Visitation will be on Thursday, May 27, from 5:00 to 7:00 p.m. at Mundwiler Funeral Home in Milbank, and one hour prior to services at the church in Wilmot on Friday.

Monte Duane Ammann was born on July 7, 1963, in Milbank, SD, to Dennis and Blanche (Osterloh) Ammann. He attended school in Wilmot and graduated from Wilmot High School in 1981.

After graduation, Monte worked various jobs and raised his hogs and beef cattle. In 1987, he purchased his first hives of bees. He worked for another beekeeper in addition to keeping his own hives. Monte was able to grow his hives enough to start his own beekeeping enterprise, with his family working alongside him. He had built it into a very successful business before retiring in 2009, when he was no longer able to work. Monte’s brothers, Jim and Cody, purchased his hives. He was very happy to know that the hives stayed in the family and was proud of the beekeeping business he was able to grow.

Monte always looked forward to fall, when he could pursue his favorite hobbies: deer hunting, pheasant hunting, and fishing with his kids. He liked playing cards, especially pinochle, and watching Westerns. Monte also enjoyed shaking dice at Spuds and Suds and at the Marvin Bar.

Monte was very good natured, and loved to laugh; people enjoyed being around him. He had a smile and a whistle at the beginning and end of every day. With a simple greeting he was able to lift up the spirits of everyone that he was around. Monte and Tammy loved to dance to “Little Willie.” He attended his kids activities whenever possible.

Monte was a caring father who passed on wisdom and many life lessons to his children; he was a calming presence for his family. Monte endured his journey with MS with dignity and grace.