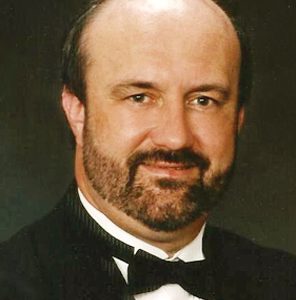 Dr. Duane R. Niles, Jr. of Watertown passed away on Sunday, May 16, 2021, at the age of 64, at St. Mary’s Hospital in Rochester, MN after unexpected complications with heart surgery. Duane was a band director and music educator for 43 years, many of those years were spent teaching in Milbank.

A Celebration of Duane’s life was held on Saturday, May 22, 2021 at Lutheran Church of Our Redeemer in Watertown. Interment was at Mt. Hope in Watertown.

Dr. Niles was born on September 14, 1956 in Bitburg, Germany to Duane R. Niles, Sr. and Lore (Zimmermann) Niles. His father was in the US Air Force serving at Hahn Airbase near Frankfurt when he married Lore. The couple moved back to South Dakota when Duane was 6 weeks old and resided in northeast South Dakota. Duane attended grades K-2 in Sisseton, and grades 3-5 in Watertown. Later the family moved to Ipswich, SD where Duane graduated from Ipswich High School in 1974.

Duane went to Northern State College (now NSU) where he received a Bachelor of Science degree in music education. He taught in Gettysburg, Beresford, and Garretson.  On June 14, 1986 he married Kathy Mitchell of Milbank and they lived in Sioux Falls. During that time, Duane commuted to Vermillion to receive his Master’s Degree in Education from the University of South Dakota.

In 1988 the couple moved to Spearfish, SD where Duane served as the high school band director. During the 13 years there, Duane built the Spearfish High School band program to over 200 students. He also worked as an Adjunct Instructor at Black Hills State University where he gave brass lessons.

During their time in Spearfish, the couple experienced their greatest gift, the birth of their daughter, Kaitlin. The entire community of Spearfish and extended friends & family across the state and beyond supported this couple as Kaitlin came into the world weighing one pound three ounces, and was 12 inches long. When Kaitlin came home after 3 ½ months in the Rapid City NICU, everyone celebrated.

While in Spearfish, Duane received the Spirit of Spearfish award for outstanding community service. This giving spirit began at the age of 8, when he played Taps on his trumpet for area military funerals. His father, Duane Sr., started him on trumpet and then Duane also played in his dad’s dance band along with his uncles and cousins.  The Niles name is well known as a family of musicians. Duane felt privileged to play Taps at funerals to honor military veterans. For years he played with the American Legion Band at their annual state conventions.

In 2000, Duane and family left Spearfish for Duane to pursue a Doctorate in Music Education at the University of Northern Colorado. After completing his studies, he took a one-year position at Texas Christian University in Ft. Worth, TX.  While at TCU he served as the Assistant Marching Band Director for the Horned Frogs Marching Band and was also an advisor to graduate music students, where he supervised student teachers in the field. He also served as the Pep Band Director for the TCU Men and Women’s basketball teams, travelling with the teams to national tournaments.

In 2001 the family moved to Milbank, SD to help care for his mother in law and he took a position as Band Director of Milbank High School.  After five years the family moved to Sioux Falls, when Duane was offered the position of Director of Bands at O’Gorman High School. The couple moved to Watertown after their daughter’s graduation. Duane and Kathy both found teaching jobs there.

He retired from teaching in the Watertown Intermediate School as 6th grade band teacher in August of 2020.

Duane was preceded in death by his father Duane R. Niles, Sr. and his father in law and mother in law Clifford and Mabel Mitchell and numerous uncles and cousins.

Arrangements were made by Wight & Comes Funeral Chapel in Watertown.