Angela Redepenning, age 82, of Ortonville, MN, died on May 25 at Fairway View Neighborhoods in Ortonville. A memorial service will be at 11:00... 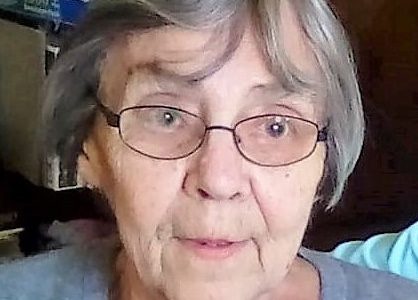 Angela Redepenning, age 82, of Ortonville, MN, died on May 25 at Fairway View Neighborhoods in Ortonville.

Angela Pearl (Ell) Redepenning was born May 4, 1939, in Odessa, MN, to Herbert and Pearl (Thorson) Ell and passed away on May 25, 2021 at Fairway View Neighborhoods, Ortonville, MN. She was baptized in the Lutheran faith. She was confirmed at First English Lutheran Church in Ortonville. After graduating from Ortonville High School in 1957, Angie attended St. Could State where she obtained a degree in Business Education. She taught in Marietta, Red Wing, Rapid City and Richfield, MN. Angie also worked for a number of years at Ford dealerships in Minneapolis and St. Paul.

Angie Ell and Truman Redepenning were united in marriage on April 9, 1972.  The year they were married, Truman and Angie purchased the hardware store in Marietta and together they owned and operated the Hardware Hank store for 35 years. In 2005, they purchased their retirement home and moved to Ortonville in 2007.

Angie was an active member of the Marietta American Legion Auxiliary. She enjoyed reading, playing golf, watching sports and old movies. Angie had the opportunity to travel to Europe including England, Ireland and many Scandinavian countries. She also enjoyed spending time with her cats, family and friends.

She was preceded in death by her husband, Truman Redepenning (2018); her parents: Herbert and Pearl (Thorson) Ell; sisters and brothers-in-law: Betty and Bob Logan, Eunice and Roger Swanson, and Gay Ell.