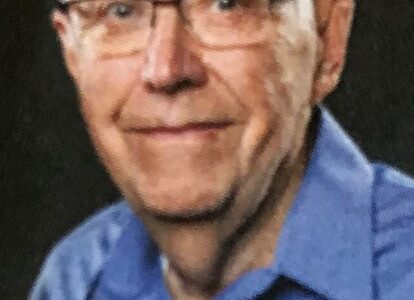 While maintaining social distancing guidelines, we are now able to gather for visitations and services. The use of face masks by non-vaccinated attendees is recommended, and we will continue taking the necessary steps to keep our facility clean. For those who prefer or require continued precautions, webcasting and/or livestreaming will be available at the bottom of this page.

Don LaRue Buth was born in Barnesville, MN, on February 19, 1938, to Blanche and Harold Buth. He graduated from Morris Agricultural High School with the Class of 1955. He entered the United States Army in June of that year with his father’s signature due to being only 17 years old. He served for three years of which two were in Alaska before it became a state. He received an honorable discharge. On May 27, 1960, Don married the love of his life, Beverly Nelson at North Immanuel Lutheran Church in rural Pelican Rapids, MN. From this union, were born three children: Stacy, David, and Michael. Don’s career at Ottertail Power Co. in Fergus Falls, MN, began in 1963; he transferred to Milbank in 1974 where they made their home. He retired from Ottertail in 1994. The couple enjoyed their life together, whether it was traveling down south in the winter months, traveling to see their kids and grandkids, working in their large garden, or attending church and church activities.

Don was a master of many trades. He was known around town for repairing bicycles and for creating unique bikes, a pastime that was also enjoyed by his grandchildren who spent hours on these creations when visiting Grandma and Grandpa. He rode in numerous Train Fest parades, sometimes joined by family who joined him on a multitude of interesting bikes. Don took pride in his home and maintaining it. He also used his mechanical skills at the Community Thrift Store where he was in charge of testing the electrical items. A true servant of God, he was a member of Living Word Lutheran Church and volunteered his time and talents at his church.

Don was preceded in death by his parents, Harold and Blanche Buth; his son, David Buth; and his brother, Kenny Buth.

In lieu of flowers, family is requesting that memorials be preferred to The Milbank Cancer Fund or Avera Hospice – Milbank Area Hospital.