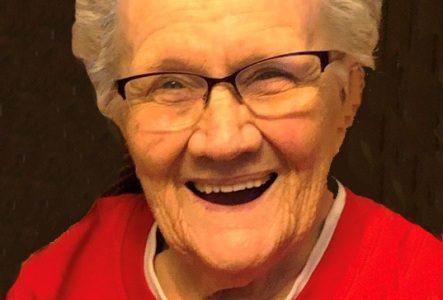 Lila Benson, age 86, of Clinton, MN, who passed away peacefully on June 11, 2021, at Essentia Health Grace Home in Graceville, MN, surrounded by her loving family and caregivers.

For those who prefer or require continued COVID-19 precautions, webcasting and/or livestreaming will be available.

Lila Marie (Shannon) Benson was born on November 30, 1934, on the family farm in Prior Township, Big Stone County, MN, to Merlyn and Hazel (Swank) Shannon. As a young girl, Lila moved to California with her family as her father was a welder who built ships during World War II. After the war, they moved back to Minnesota and purchased the Clinton Creamery. Lila graduated from Clinton High School in 1952 and attended Northern State College, earning her teaching degree. She taught country school for a couple of years. On December 21, 1953, Lila was united in marriage to the love of her life, Kenneth Oliver Benson, at the Clinton United Methodist Church.

Ken and Lila started their life together in Big Stone City, SD, living on the Benson Family Farm. In the fall of 1960, they purchased a farm in Prior Township that became their forever home. Ken and Lila were blessed with two sons: Bruce and Richard. Lila devoted her life to her marriage, her two children, her grandchildren, and her great-grandchildren. Sunday was family day; it was spent attending church, fried chicken at the farm, and enjoying each other’s company. Ken and Lila were lifelong members of the Clinton United Methodist Church where they were both very involved in the activities of the church, especially the Methodist Church Food Stand at the Big Stone County Fair. This time also became some of the grandkids’ fondest memories working side by side with their grandparents.

Lila loved being a farm wife, but she also had a very successful business career. She spent a number of years working for the Benson Schreiner Law Firm in Ortonville which was an income tax service. She completed her career as the Big Stone County Assessor and retired in 1999.

The Meadowbrook cabin on Big Stone Lake where Ken and Lila spent their summers, will forever hold special family memories. Lila was also her grandchildren’s #1 fan in the bleachers and stands at their sporting events and school activities. She was so proud of each and every one of them. Lila had many hobbies including gardening, cooking, baking, knitting, and sewing baby blankets that numerous babies in the surrounding area received with love!! Lila also made many stops at daughter-in-law, Melisa’s, daycare where she became ‘grandma’ to the daycare kids.