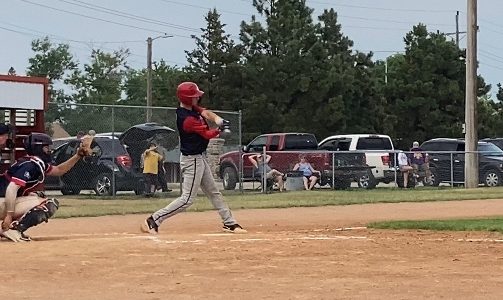 Milbank defeated Beresford 3-0 in Game 1, fell to Wessington Springs 3-2 and was defeated by Aberdeen 9-0.

In Game 1, Milbank took on Beresford Post 72. Justus Osborn would toe the rubber for Post 9, and he would go the distance. He pitched seven innings and allowed only two hits. He struck out nine batters en route to the win.

Milbank’s offense got going in the bottom of the fourth inning when Sage Locke drew a bases-loaded walk to bring in Osborn, who had previously drawn a walk.

Milbank added two more runs in the bottom of the sixth when Kaden Krause grounded into a fielder’s choice to bring home Mikey Karges and Micah Dietmeier. Karges led Post 9’s offense with three hits and one run scored.

Milbank’s last run came in the bottom of the fifth when Junker singled to center to bring in Ramirez again. Ramirez had reached base after a four-pitch walk to start the inning. Milbank’s offense was led by Junker and Kellen Hoeke. They each  produced a hit. Ramirez scored both of Milbank’s runs. In Game 3, Milbank faced tough pitching that kept them scoreless. They fell to the Aberdeen Smittys 9-0.